Intimate honeymoon photoshoot in Bali of Brittany and Michael a few days after their wedding in Iowa! These photos were taken in Kintamani very early in the morning. The view of Mount Batur on sunrise looks marvelous! We headed to Ulun Danu Batur or Batur Lake for the second location for the Balinese temple background in the middle of the Batur lake. 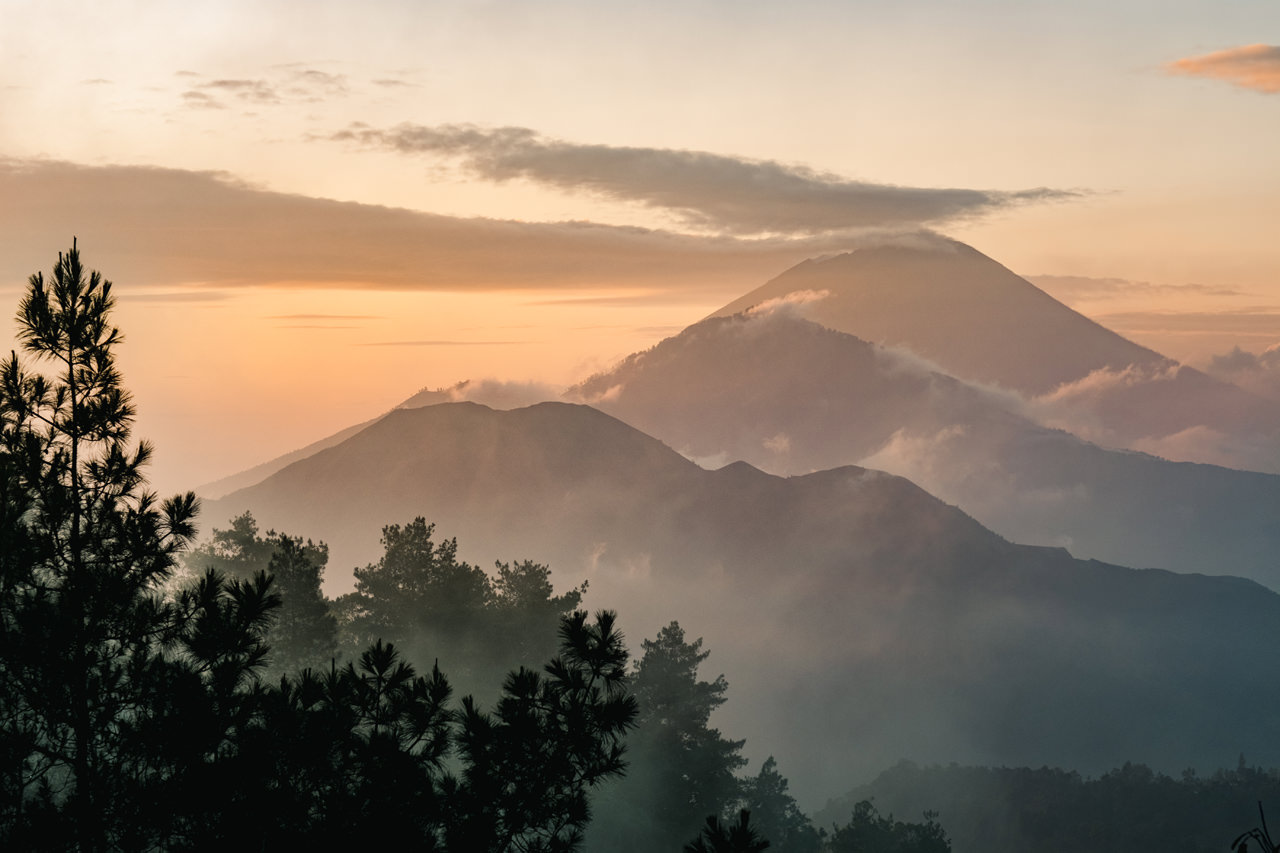 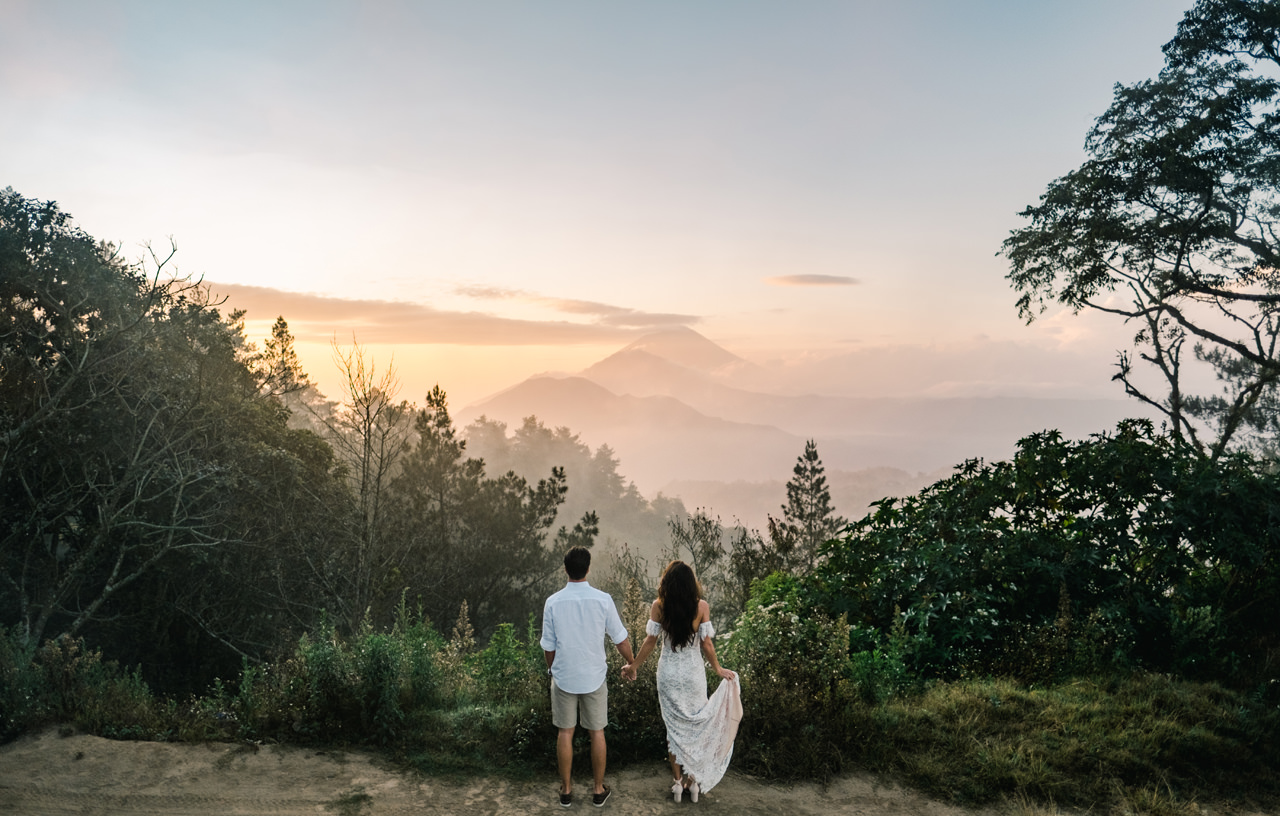 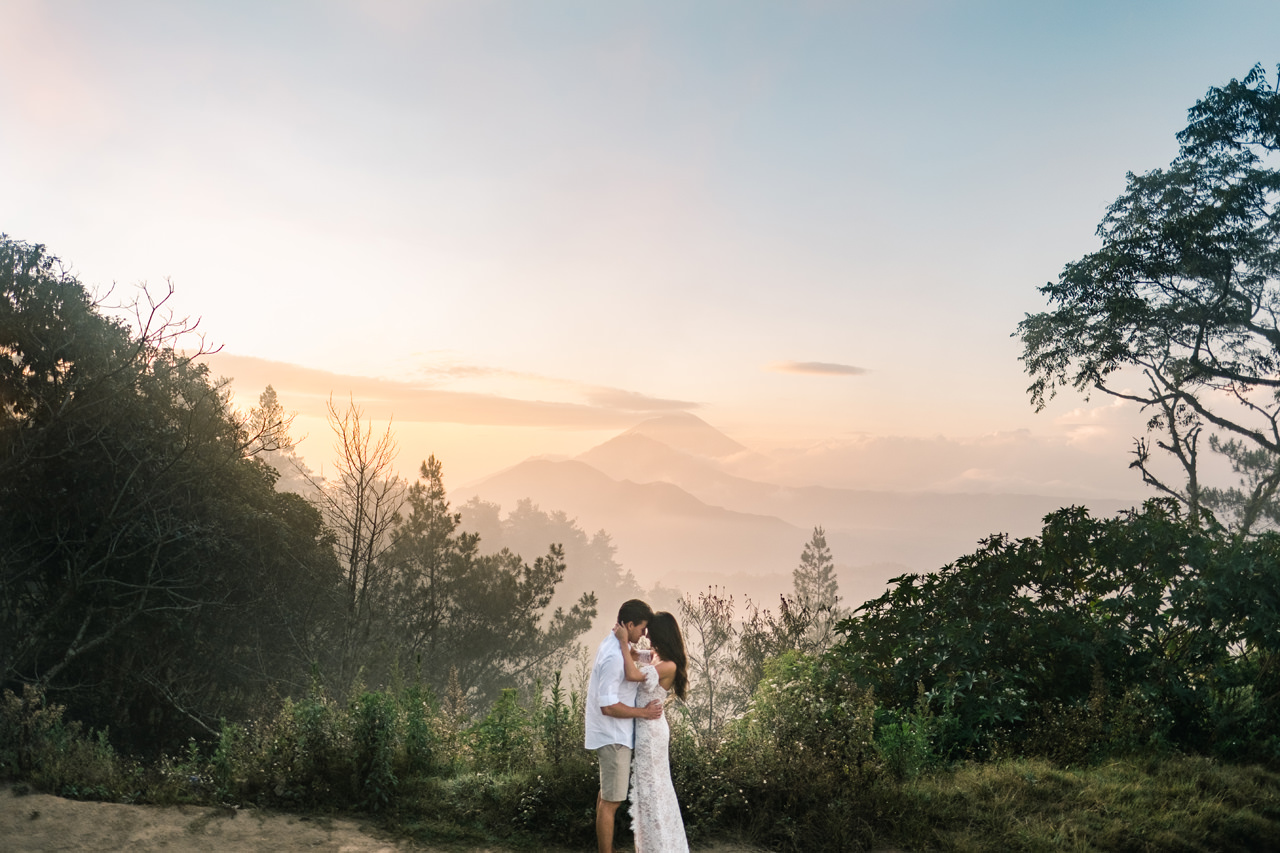 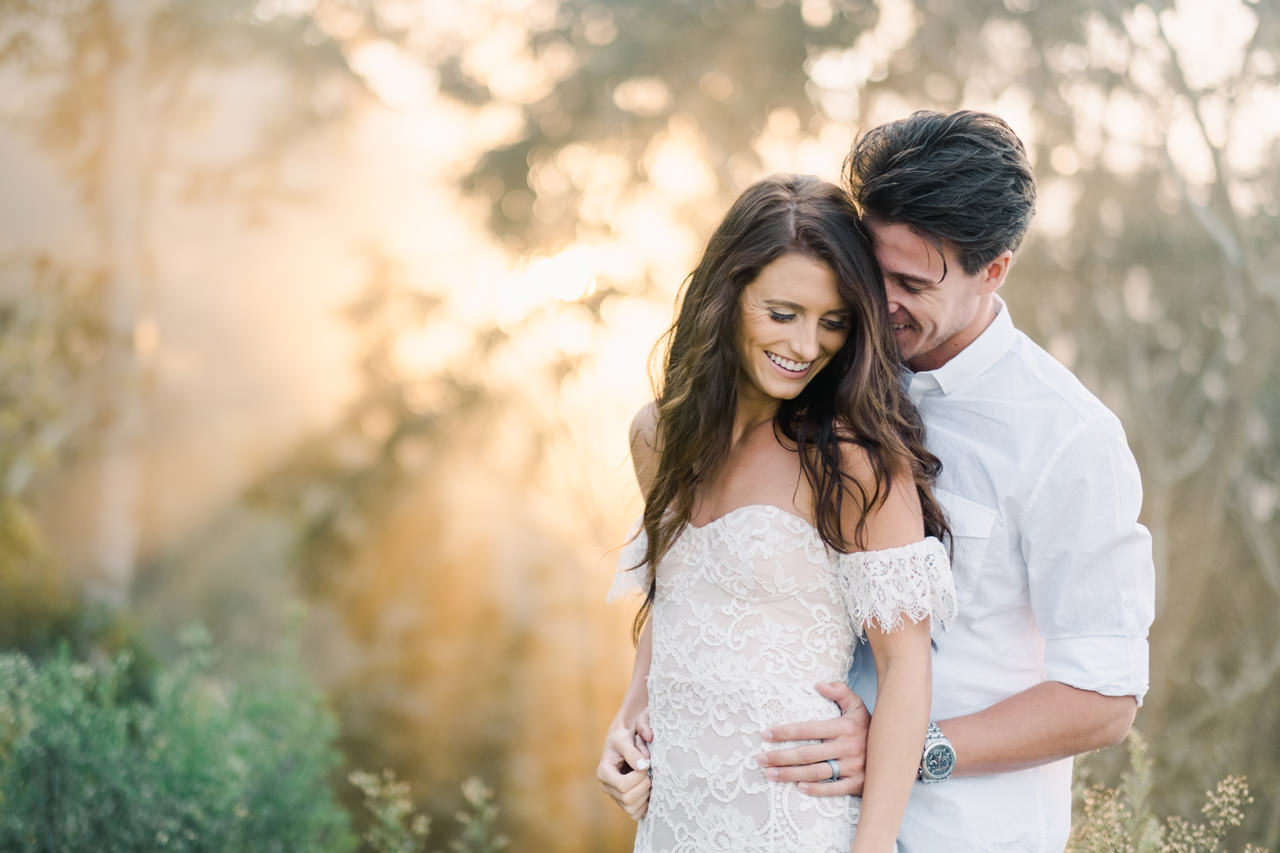 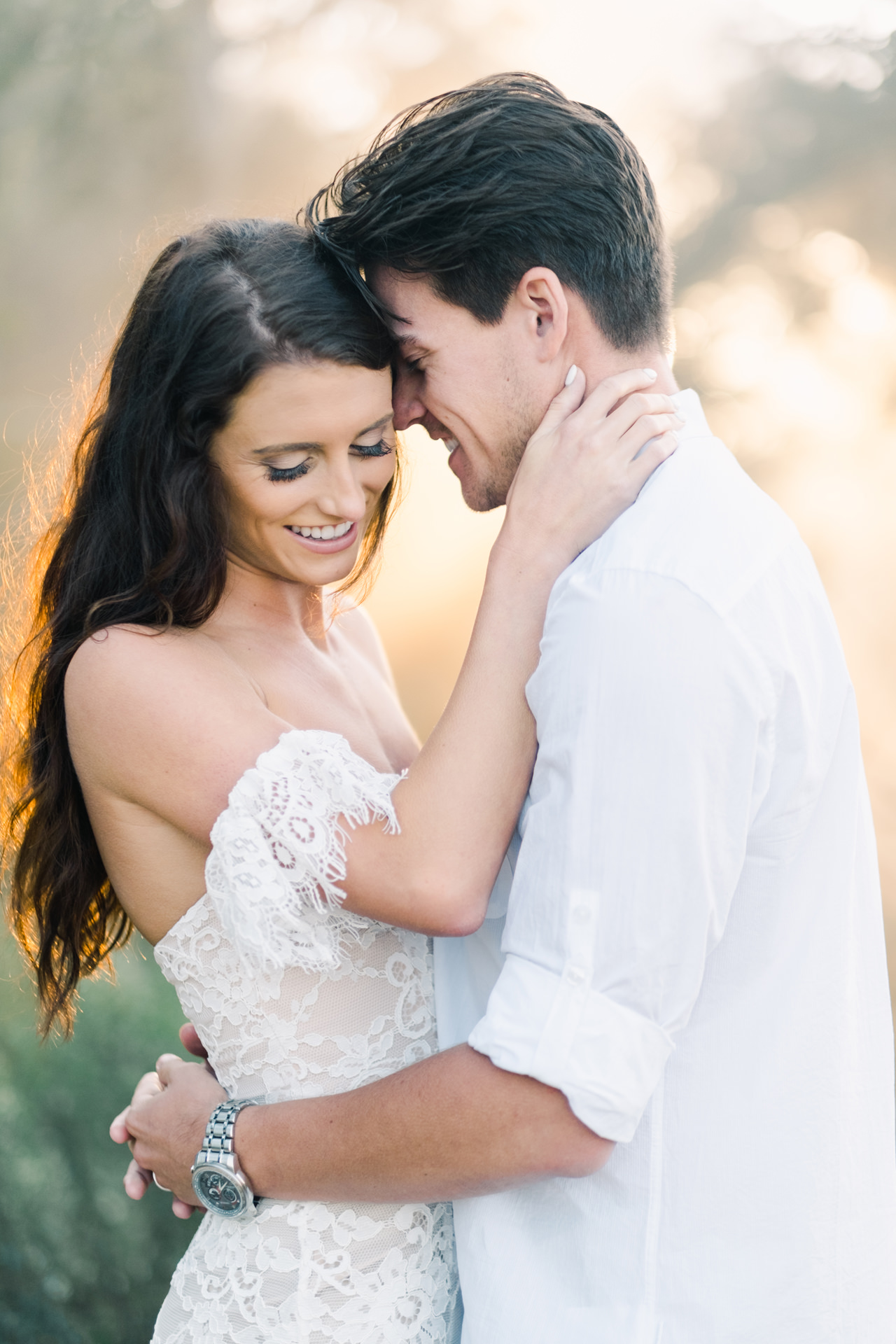 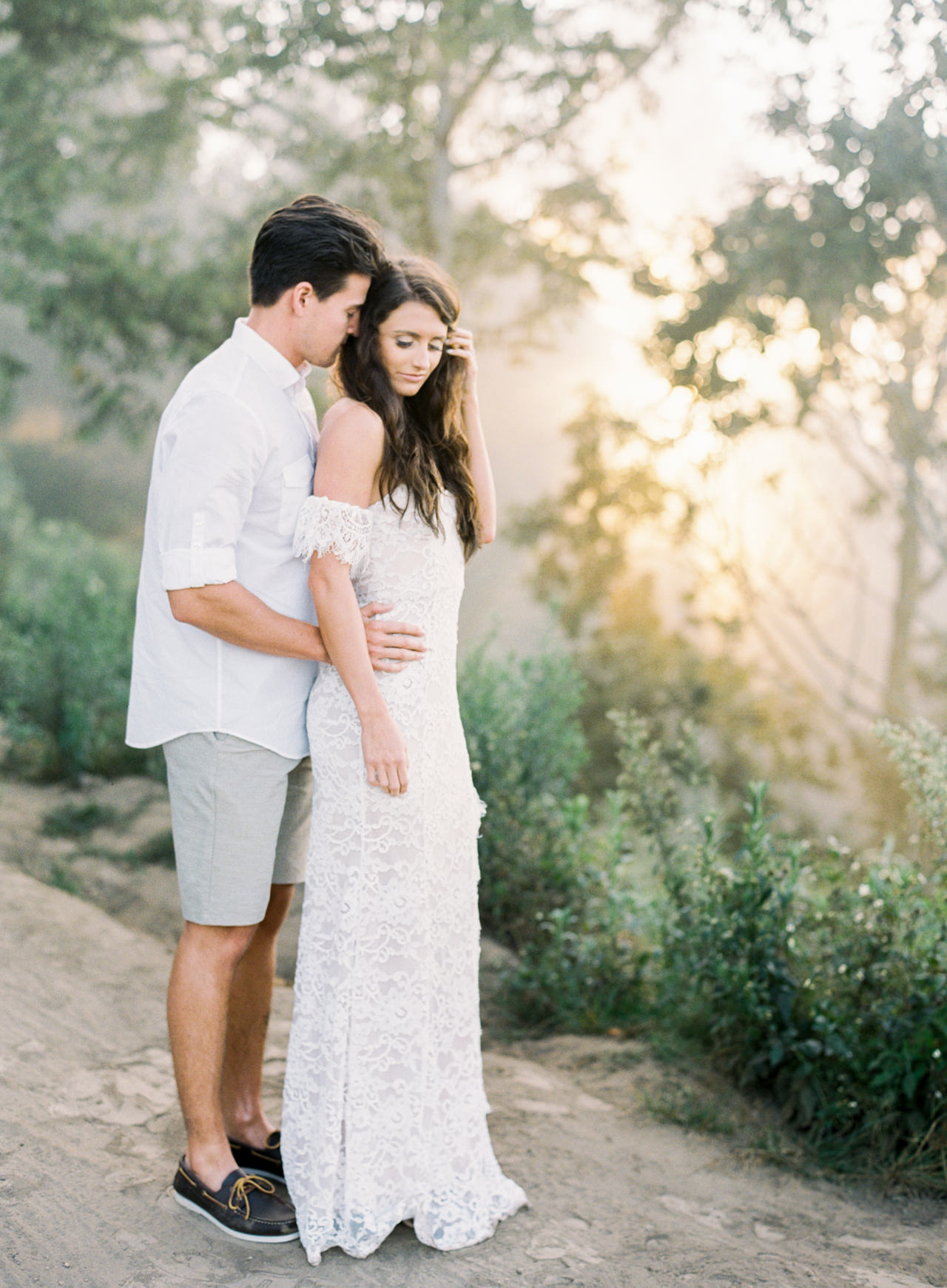 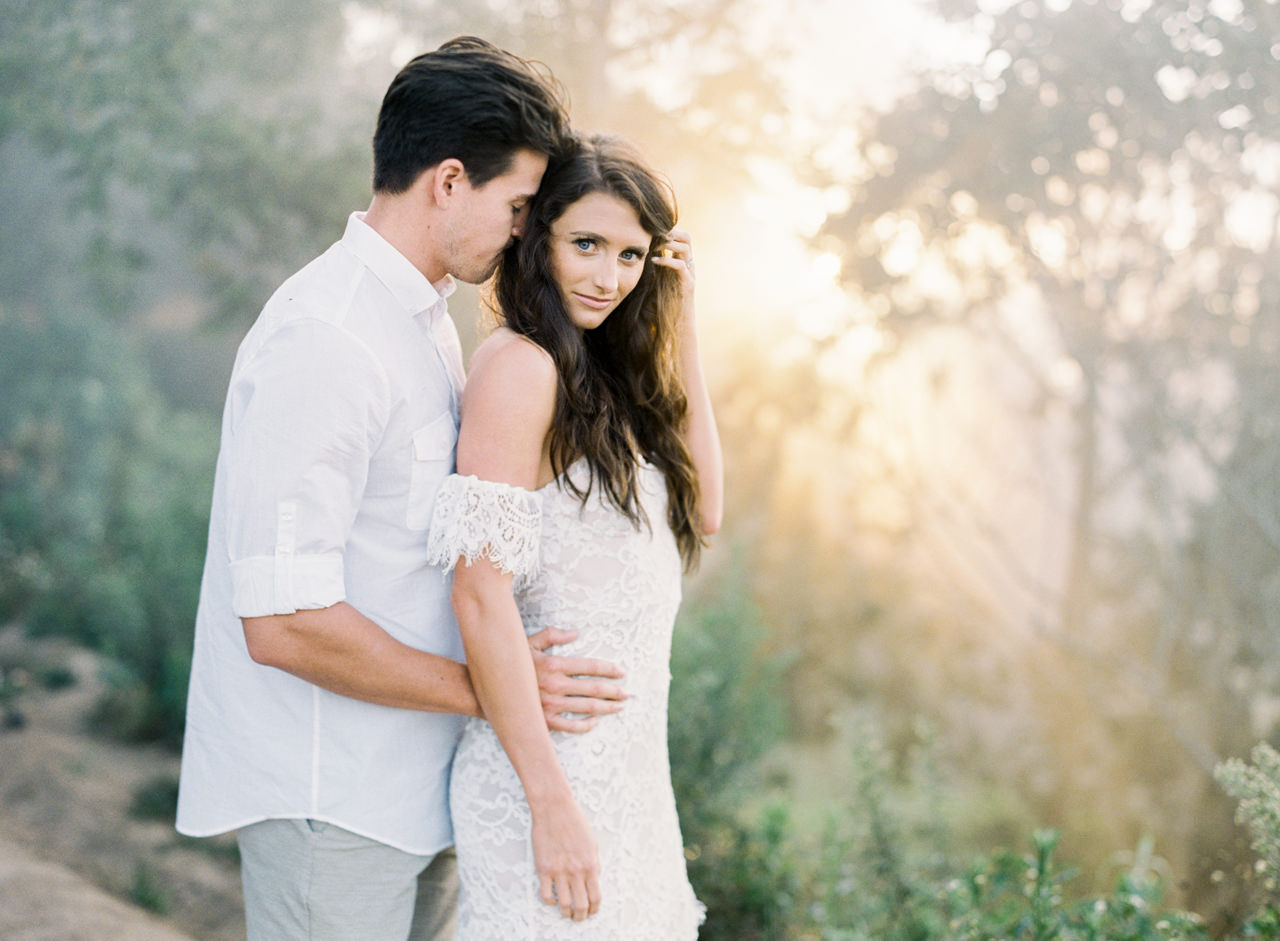 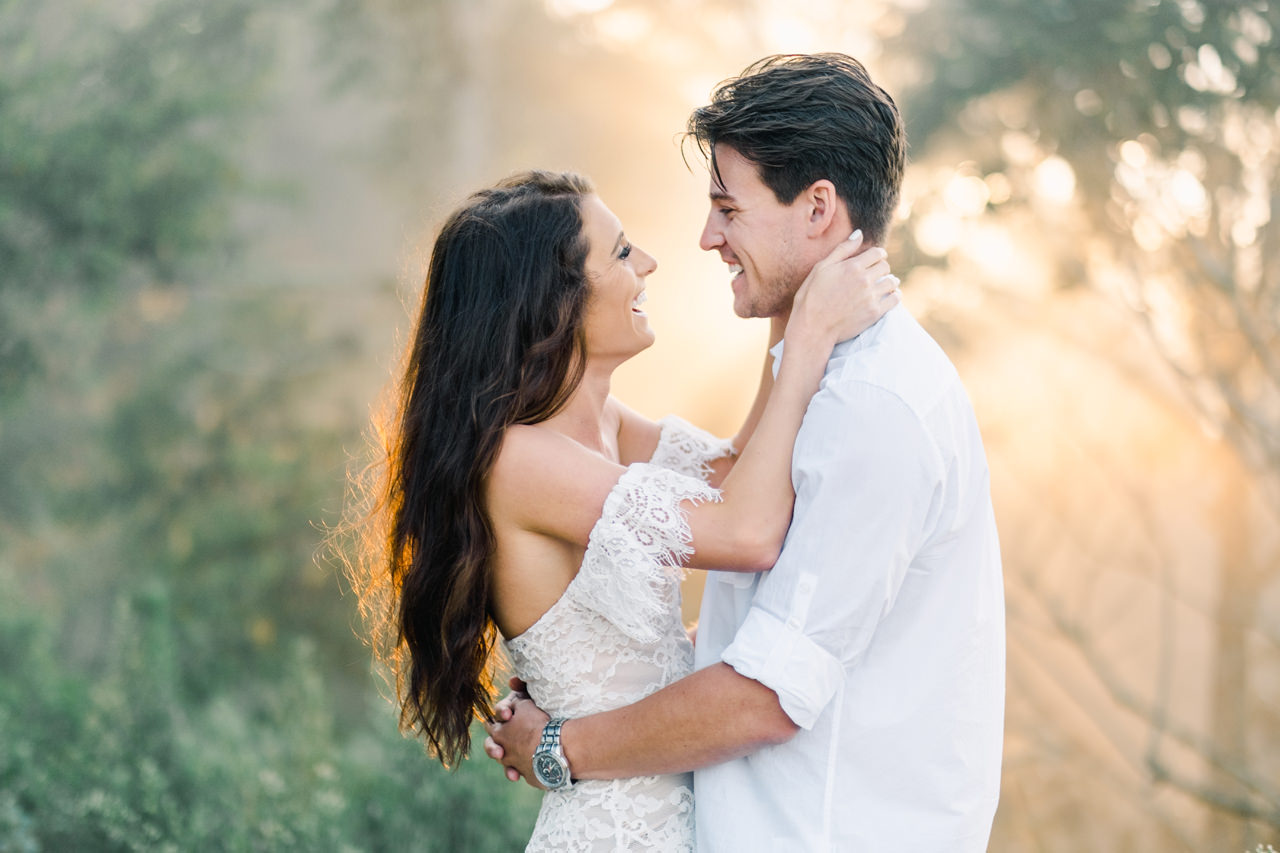 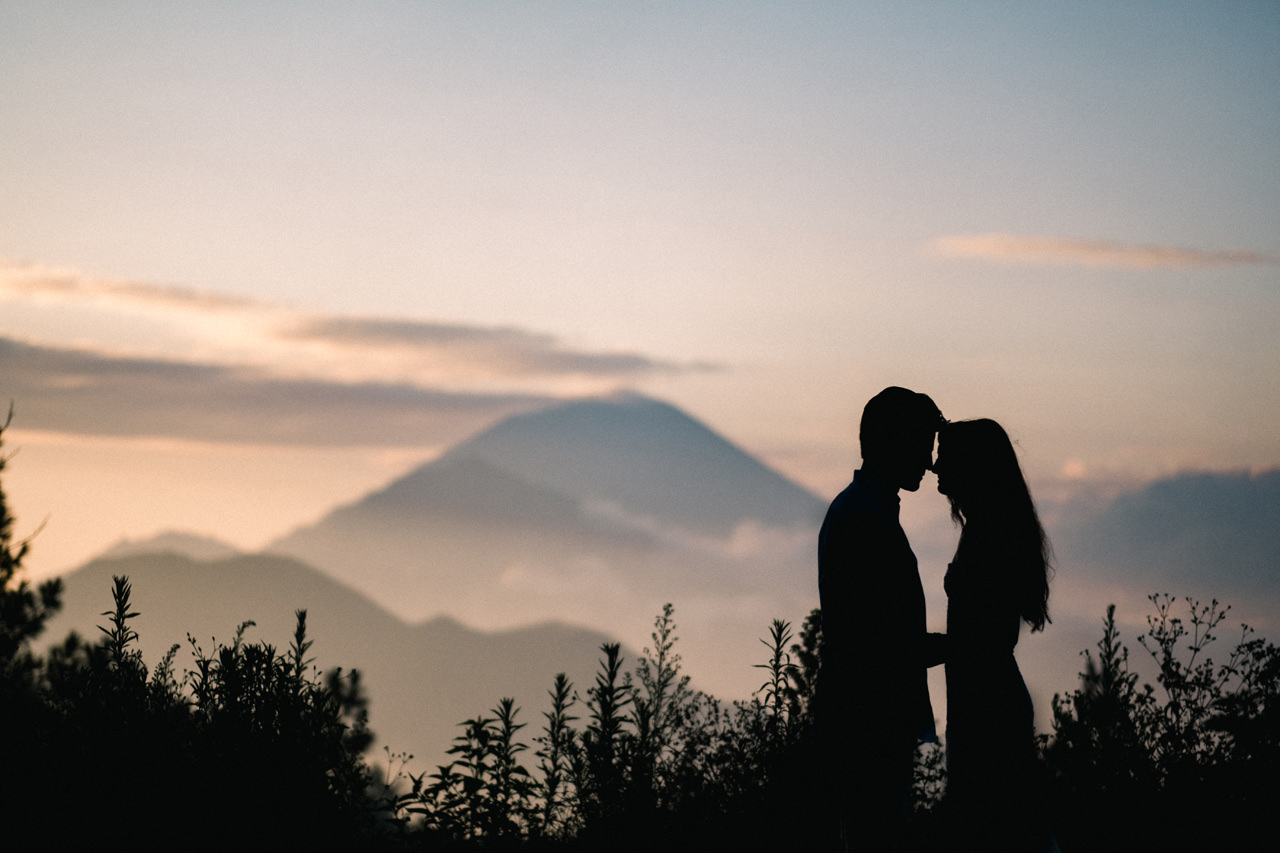 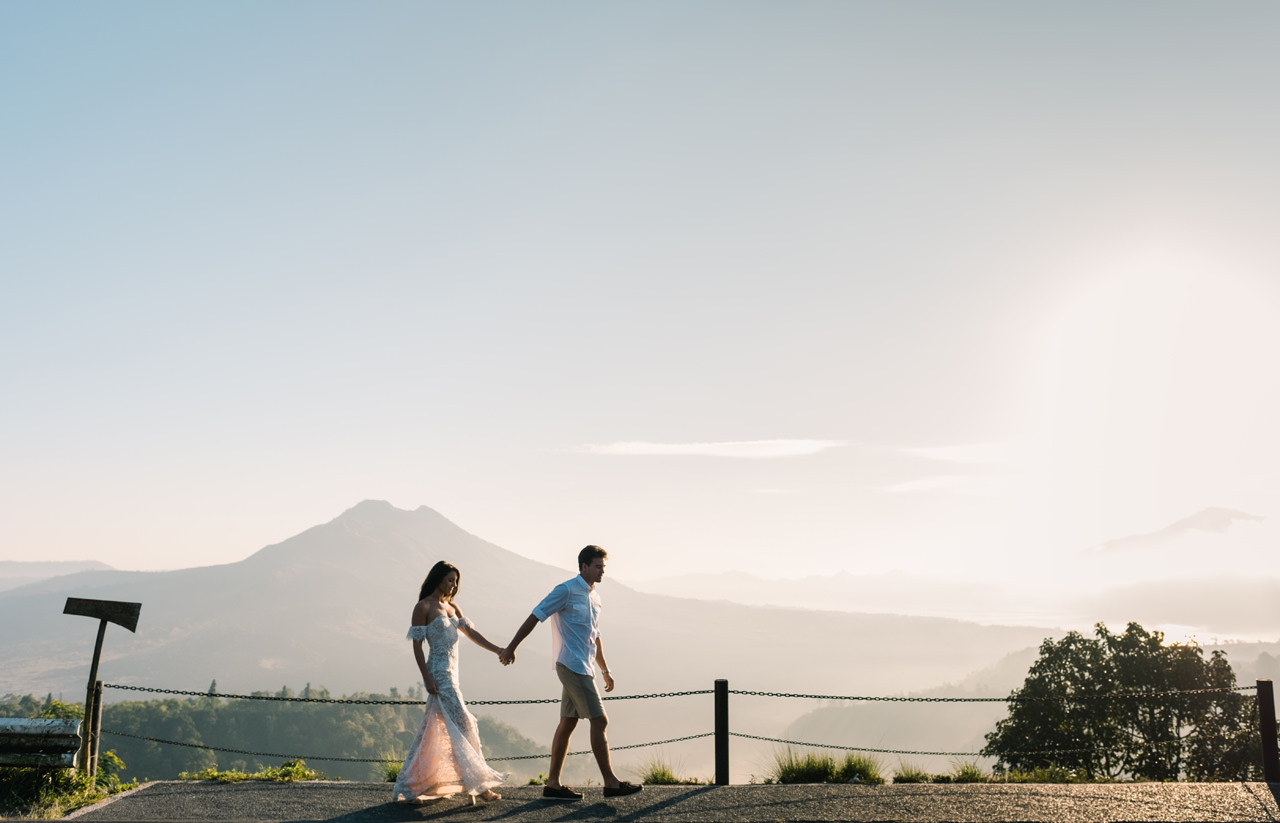 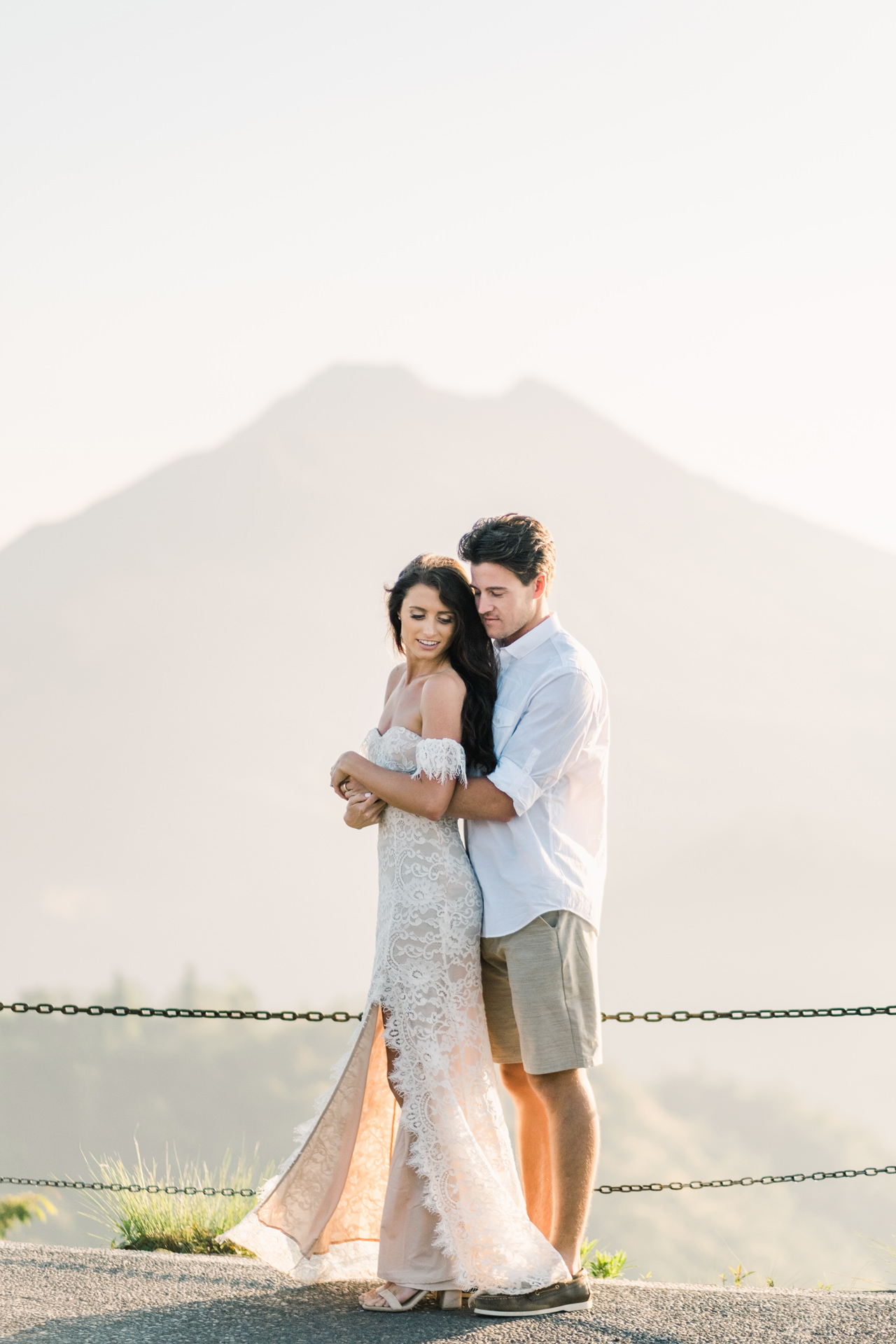 Read the story about Brittany and Michael from How He Asked.

How we met
“Michael and I met in a very strange, yet miraculous way. At the end of April 2016, I was going through a time in my life where I was questioning my decisions, my future goals, and pretty much everything I thought I had planned for myself. At the time when we met, I attended the University of Northern Iowa. I had actually followed a different boy there after attending Northern Arizona University during my freshman year of college. My family is from Iowa and that’s where our family resides so I figured I would be fine even if the boy and I broke up. I thought that this boy was the one and I made a decision that upset my closest friends and my family. Once I transferred to the University of Northern Iowa, the relationship quickly came to an end. By the end of that year, I found myself longing to move back to Arizona where I had left so many dear friends and wonderful life.

However, God had a plan for my love life and this was just the beginning. This is where the crazy starts. I was almost ready to commit to transferring back to Arizona and had my transcript all ready to go. Everything was set in place until one day I was sitting in my room on Instagram, like most girls, and I noticed this really cute guy named Michael Gabhart started following me. I didn’t think much of it because it was just Instagram and he was too good looking to be interested in me. Well, I was definitely wrong which boosted my confidence. That week, he direct messaged me on Instagram asking me if I knew someone who went to his school. I obviously responded because he’s super cute AND that girl was one of my best friends who I grew up with. He started asking me more about myself and somehow Arizona got brought up. I told him I am most likely transferring back there. He was thrown off guard because he claims he had fallen the second he saw my picture, but in my mind, no guy on Instagram could ever just find me and want to pursue something. So, being who I am, I stopped replying because I was so focused on Arizona and thought someone like him was way too good to be true. I remember showing my mom his picture that night and she couldn’t stop drooling over him. I remember her saying these exact words, “Brit, maybe you shouldn’t transfer back, he is perfect!” Not only are his looks perfect, but so is his heart and his love for Jesus.” 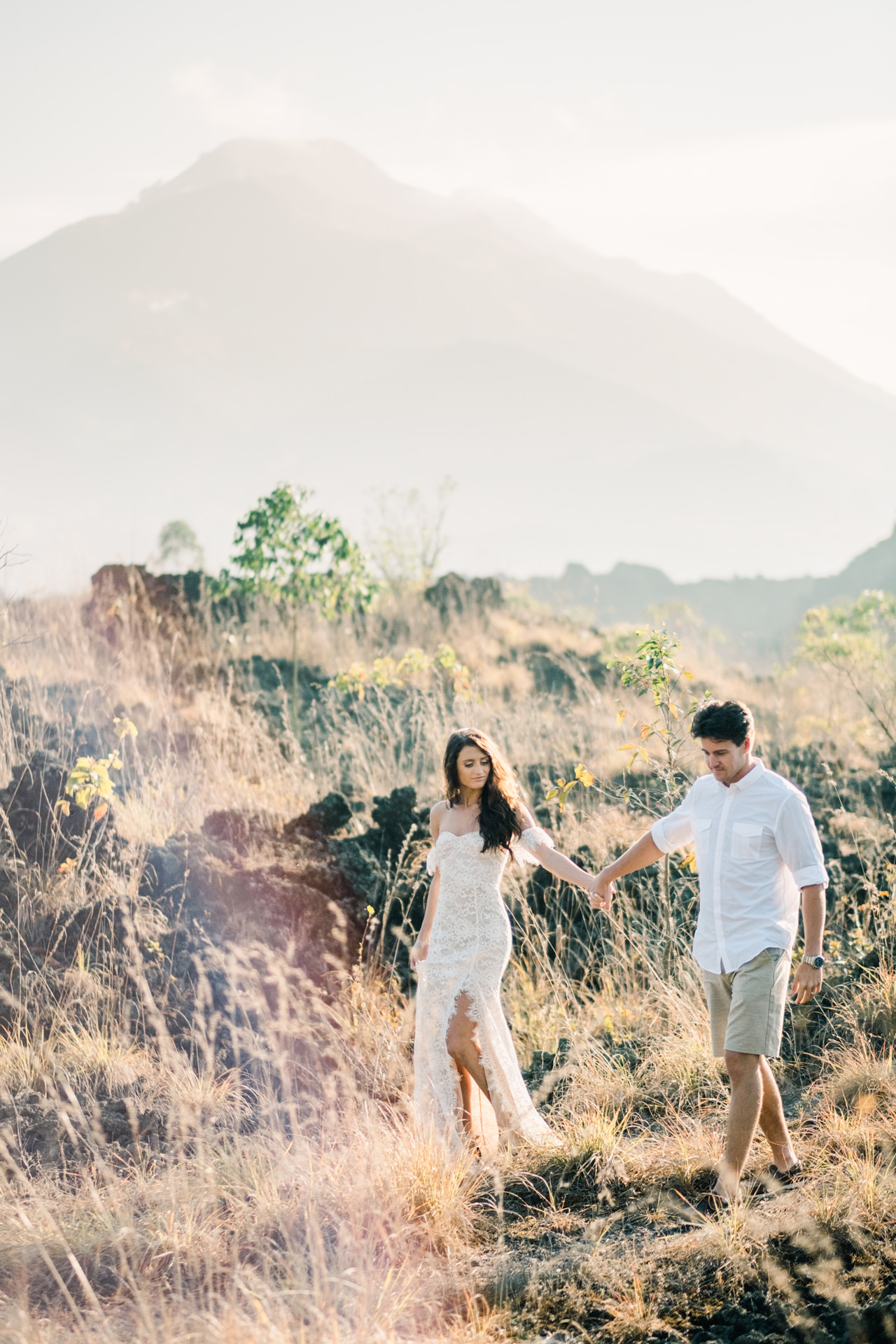 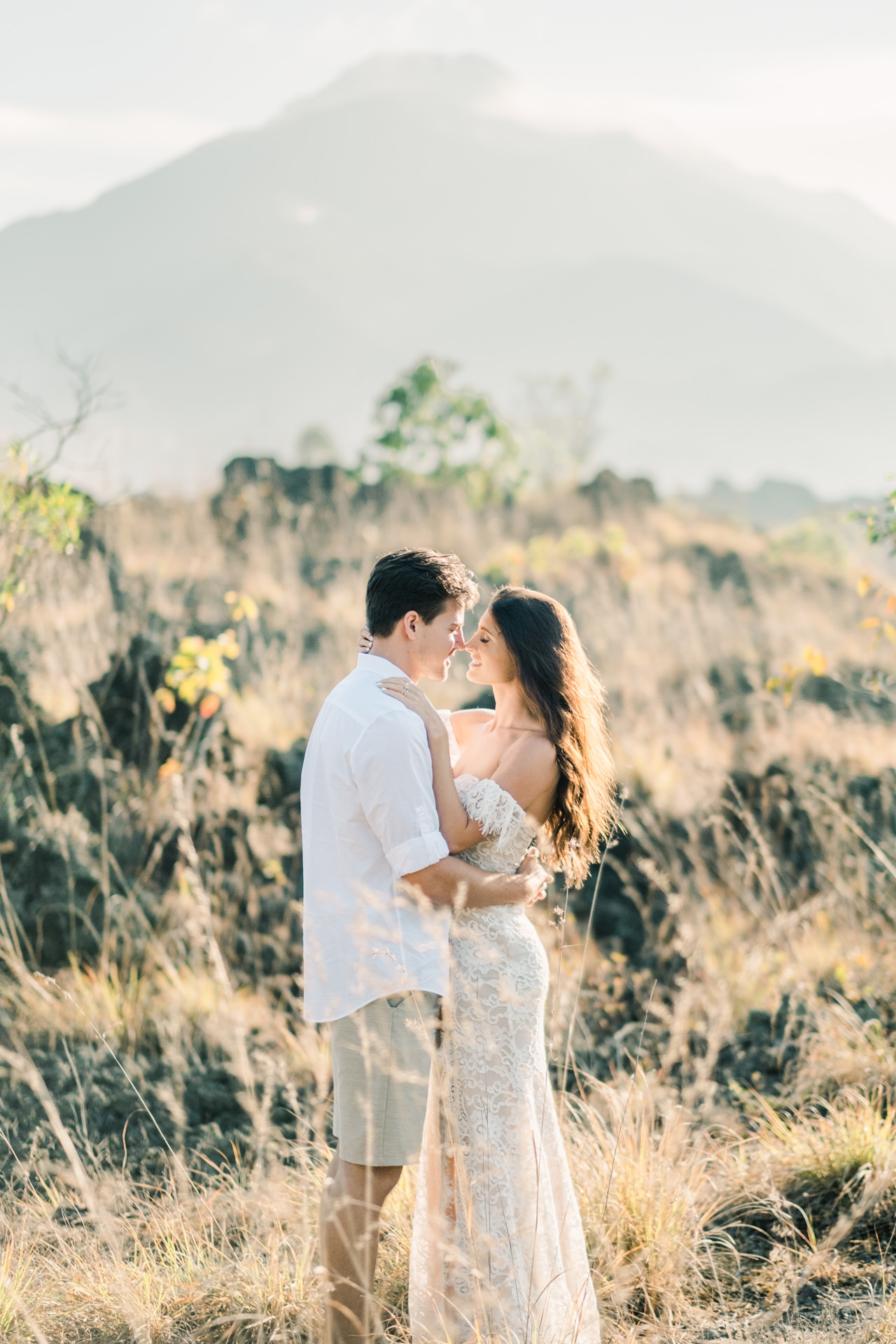 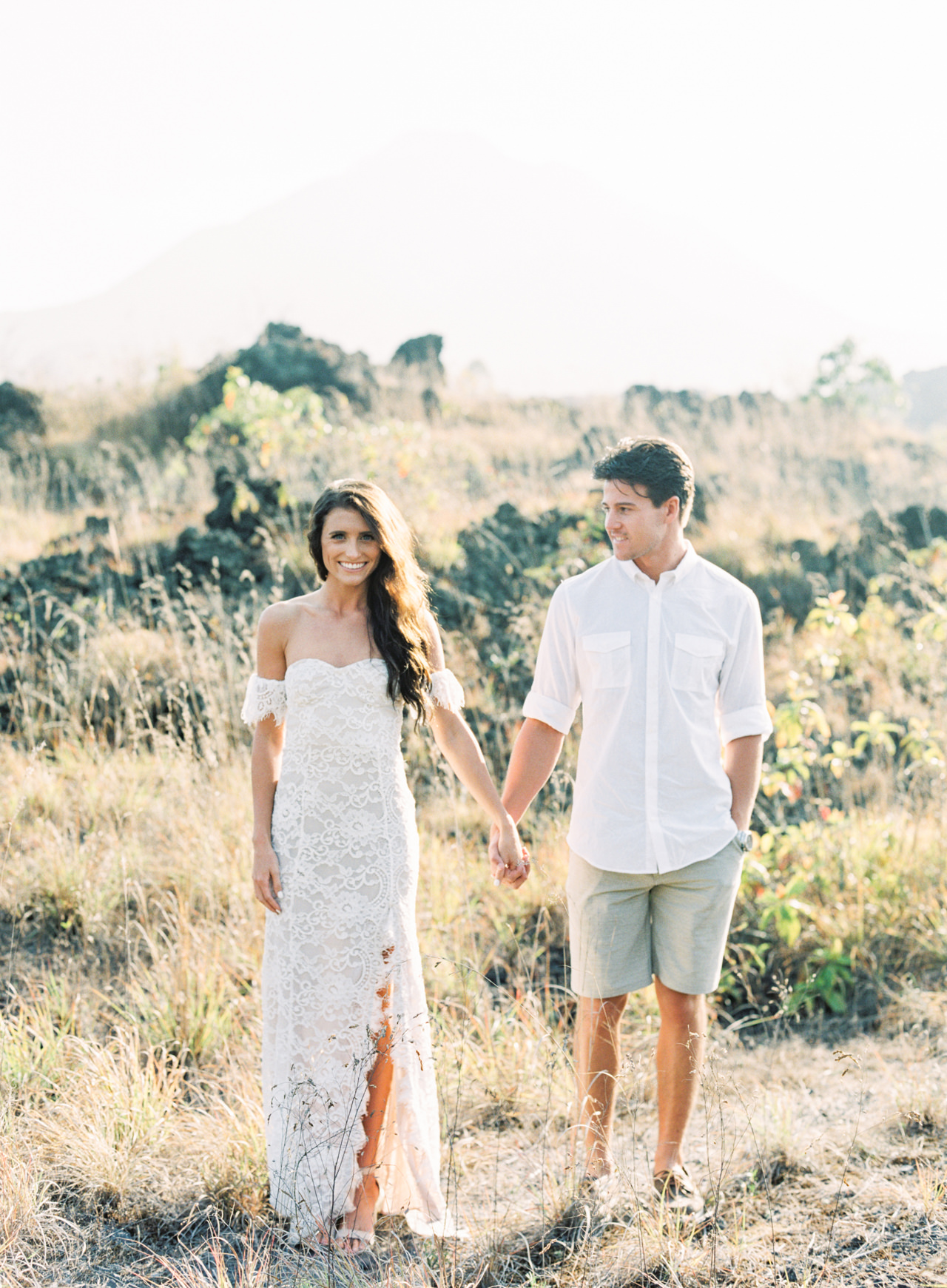 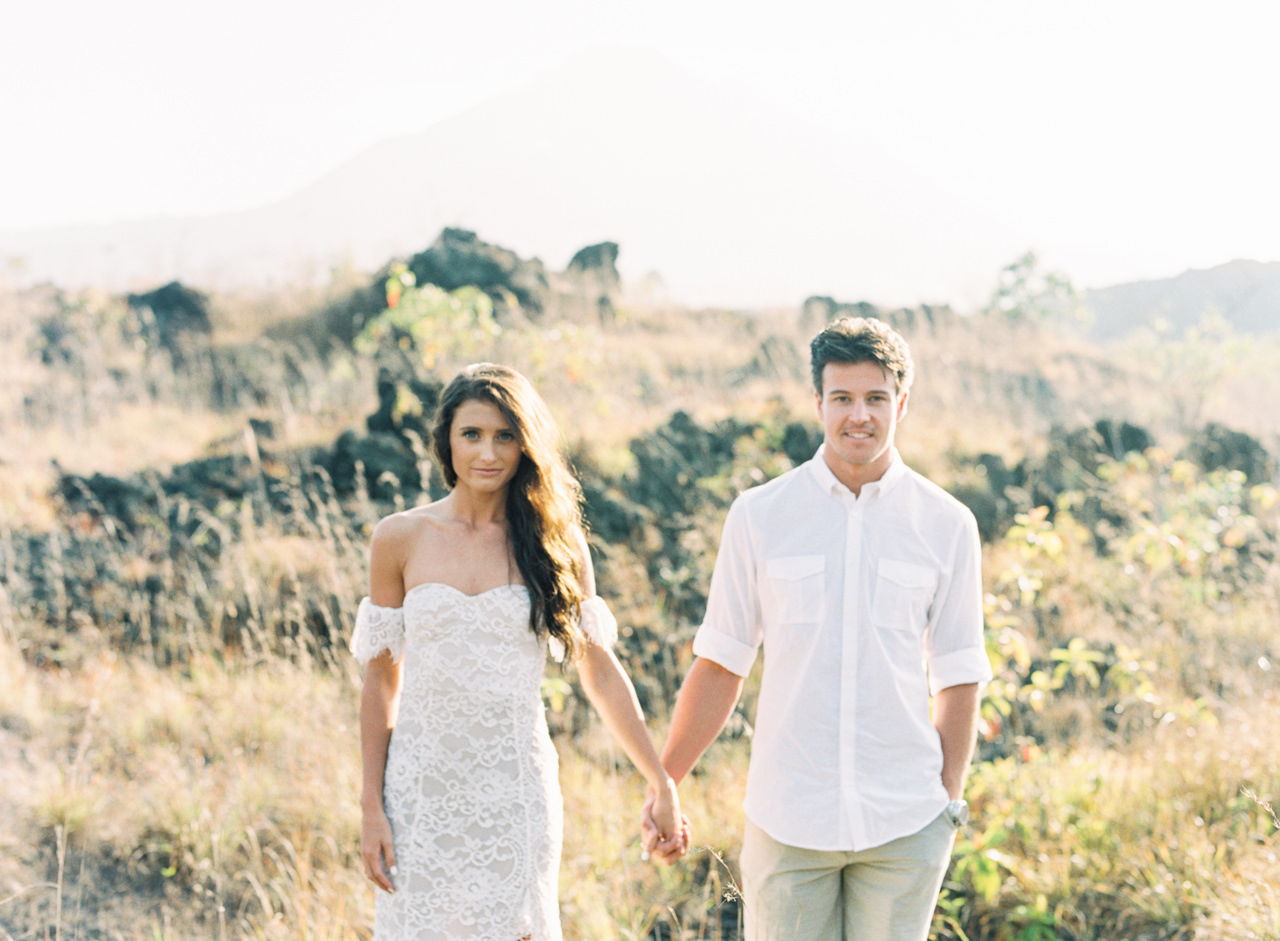 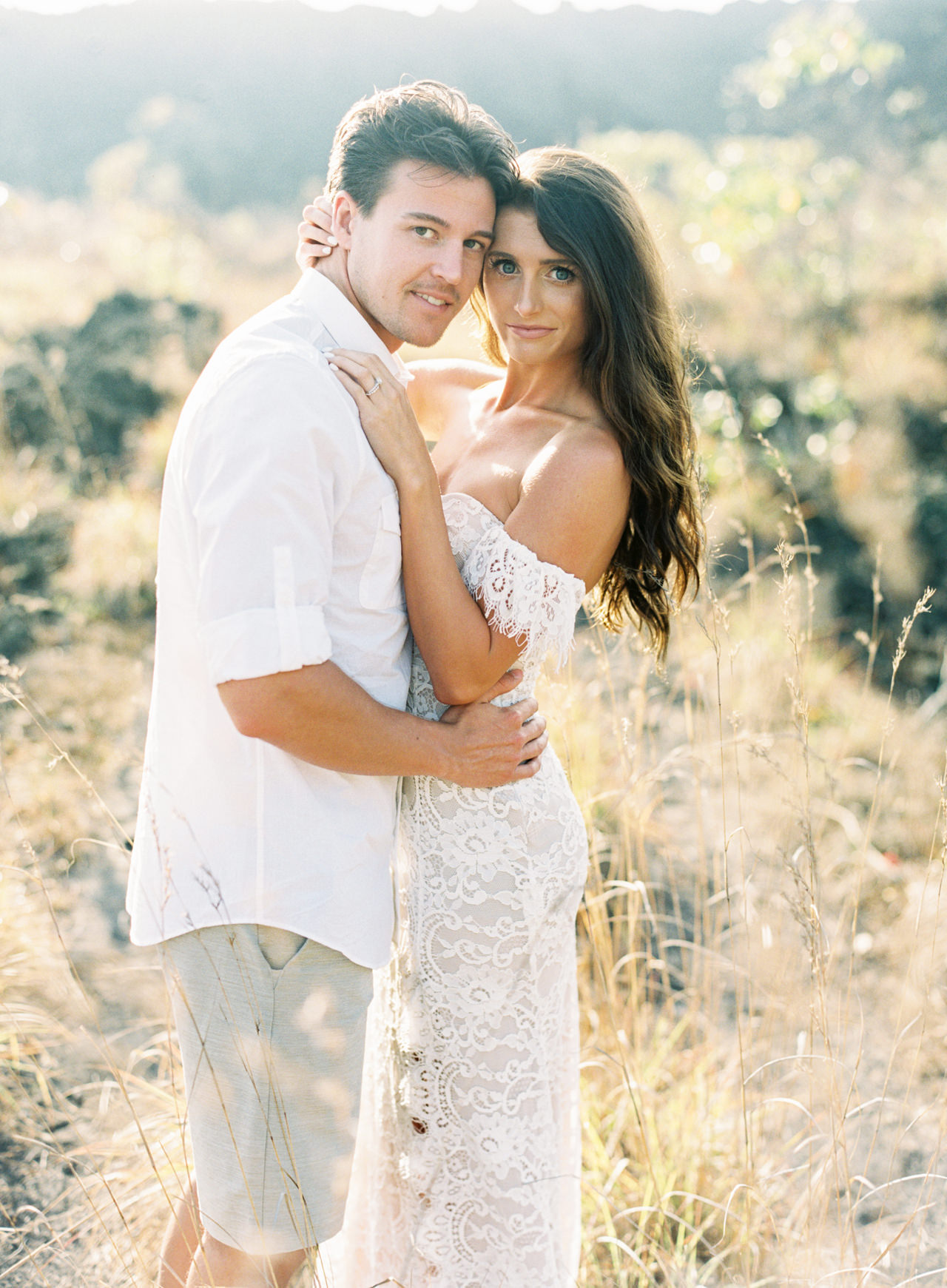 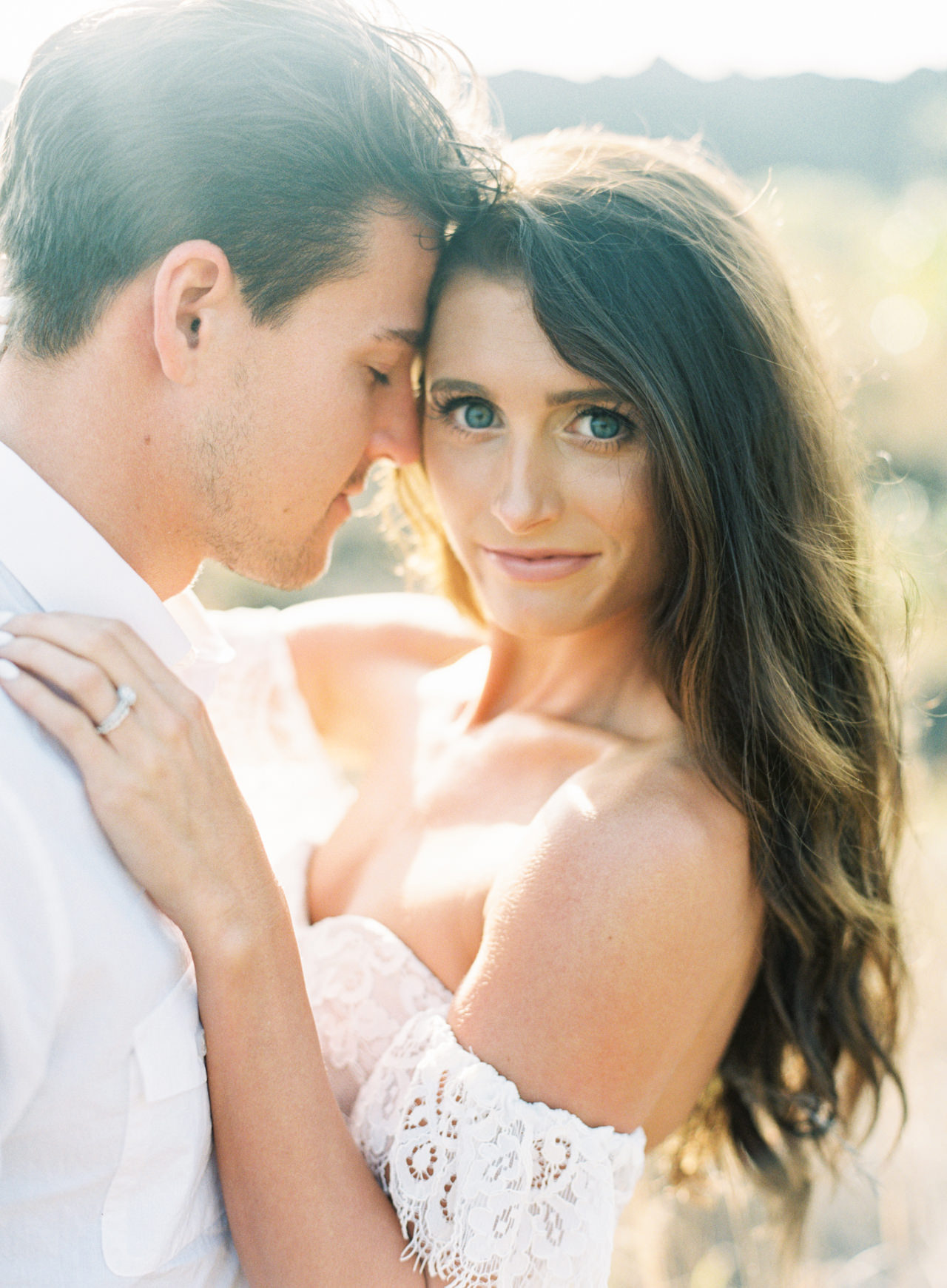 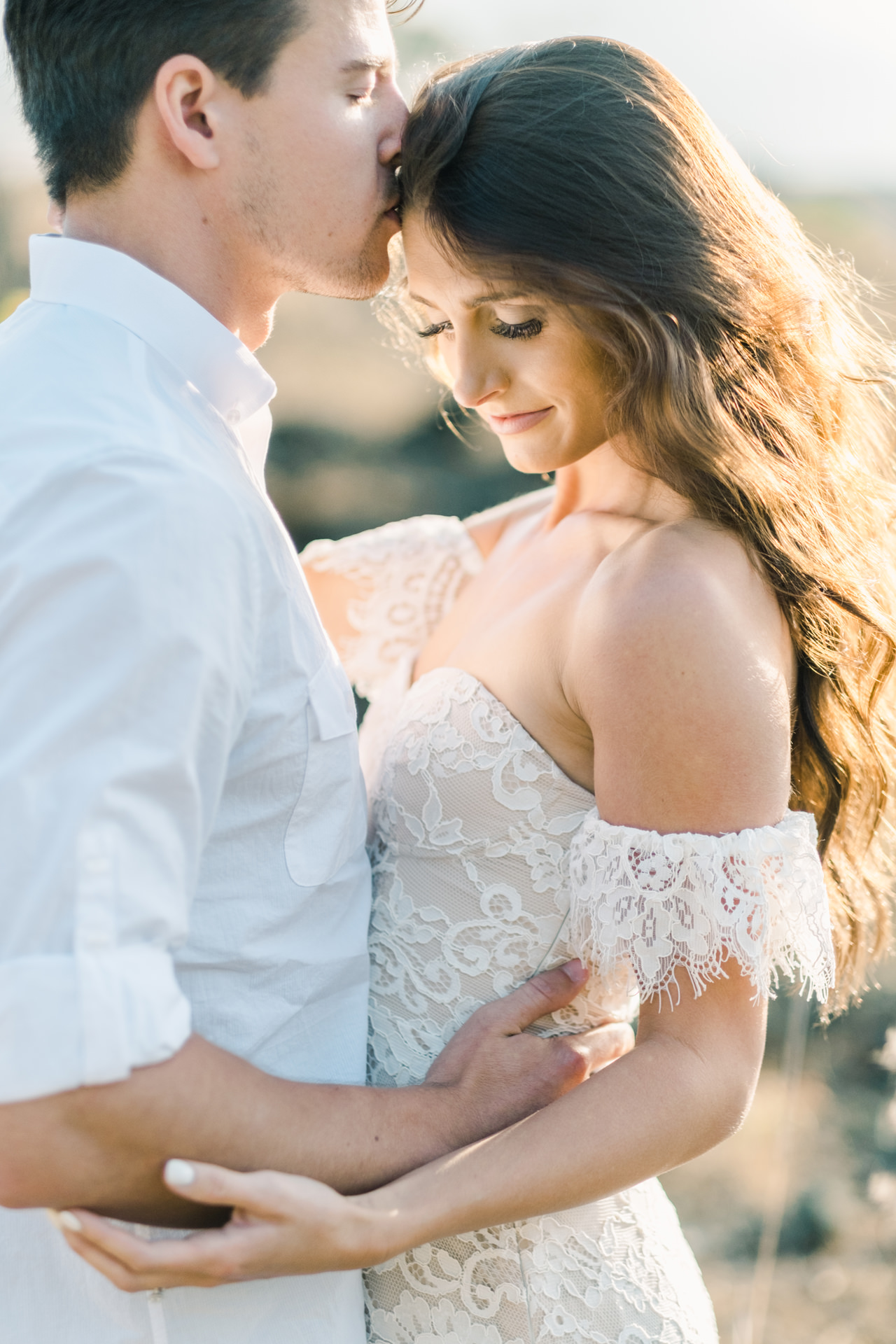 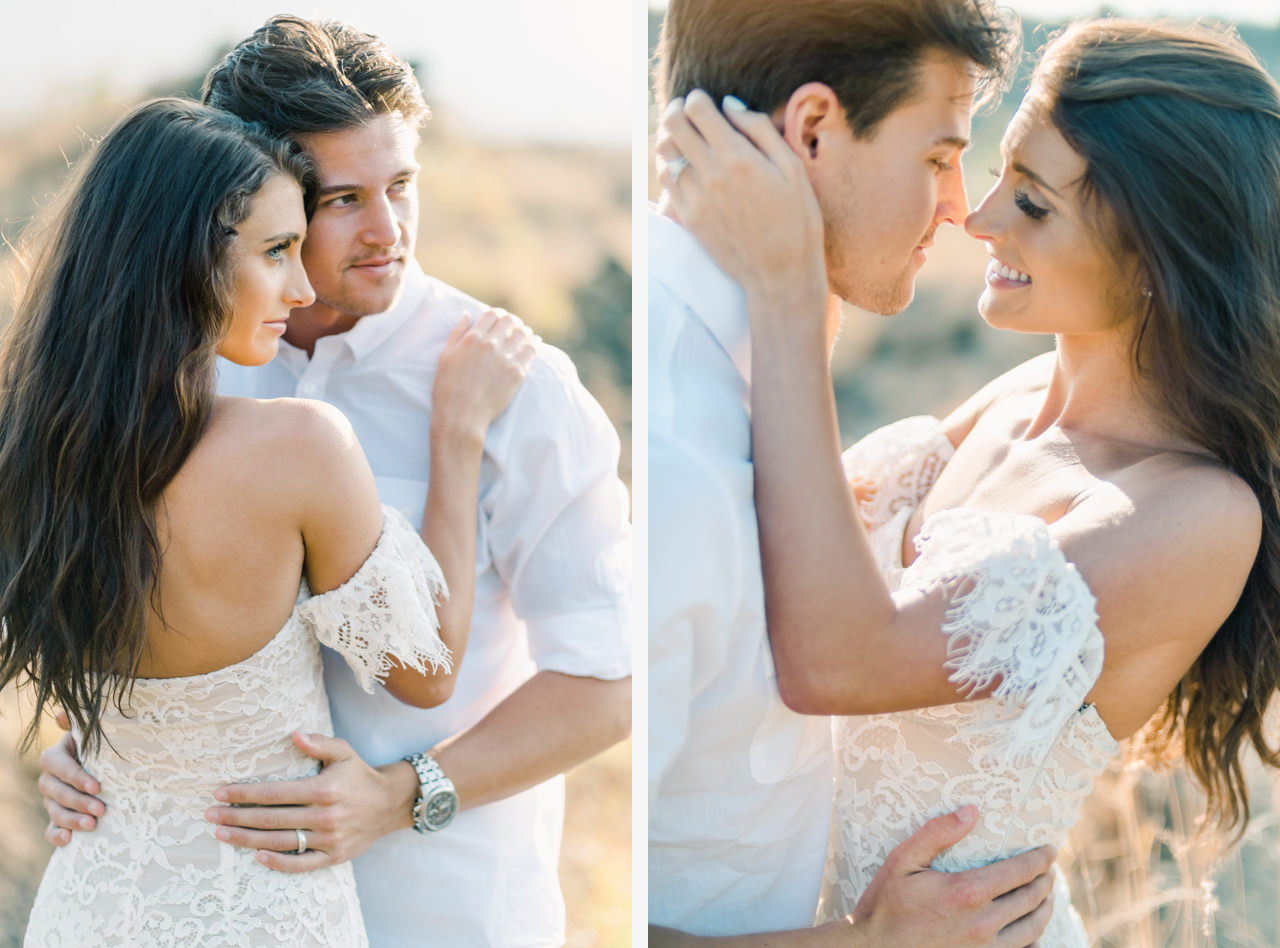 “A few days later, he messaged me again and I still didn’t respond (I know I’m stupid). So finally, my good friend who went to school with him came over to my house while being home for the summer and completely opened my eyes. She told me that Michael had mentioned me to her numerous times asking countless questions about me. He told her that he felt it in his heart that I was something special and that he would do anything to meet me. I immediately got goosebumps and that night, I responded to him. Boy am I glad I did! Just writing this story has me in tears. Everything about Michael is more perfect than I could have ever dreamed. He loves Jesus, he is incredibly smart, he has a heart of pure gold, and he is so kind to everyone he meets. He is also very motivated to be successful and to impact so many people’s lives. It is absolutely nuts how incredibly passionate this man is. We talked hours on end for a whole month and the first time we face-timed, I couldn’t feel my face. I was so nervous, but he was so perfect. Michael lived in a small town in Iowa with his Grandma and had been for a few years ever since his parents decided to move to Haiti to run a missionary organization. Her house was five hours away from me but one night, he drove to finally meet me in person. Not only did he have to meet me, but also my entire family at the same time since he was staying at our house! Good thing it went the way that it did!

Michael pulled up to my driveway around 1 am and I couldn’t contain the butterflies. I was SO NERVOUS. I ran out to his car with a blanket around me and we just embraced in the biggest bear hug I have ever had. I looked up at him, and the first thing he did was kiss me. It was the greatest feeling I have ever felt. I knew right then that I was where God wanted me to be, and that this man was going to change my life. I know it’s a little crazy after just meeting him, but when you know you know. The next morning, Michael and I went on our first date. It was the most incredible day and I couldn’t have asked for anything more! We went to the Maquoketa Caves State park in Iowa and it felt like we escaped Iowa and ended up in a jungle. Being with him was so natural; it was like I had known him my whole life. Everything about us meshed perfectly and I could already see myself with him forever. In fact, at the end of the date, we already knew we loved each other.” 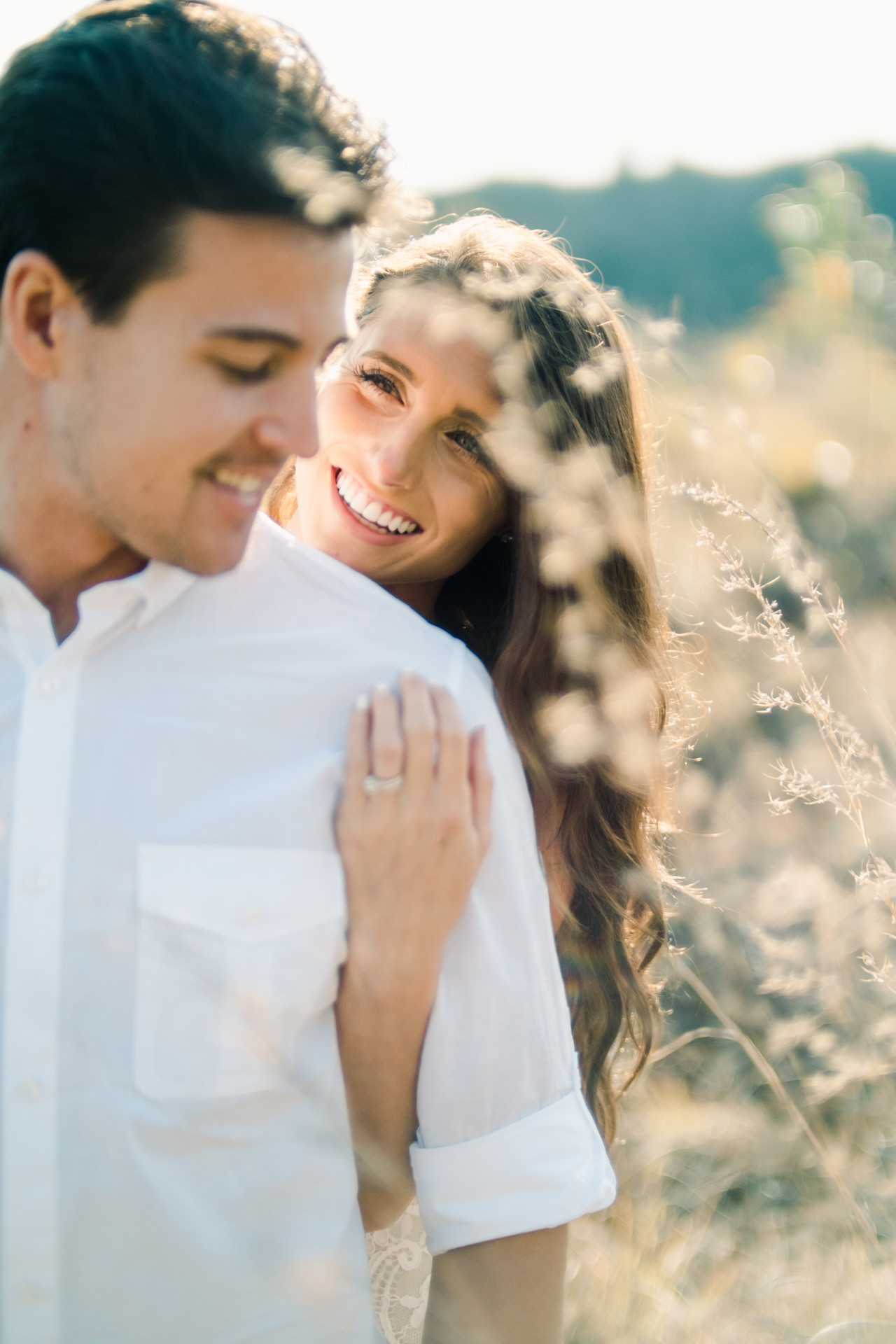 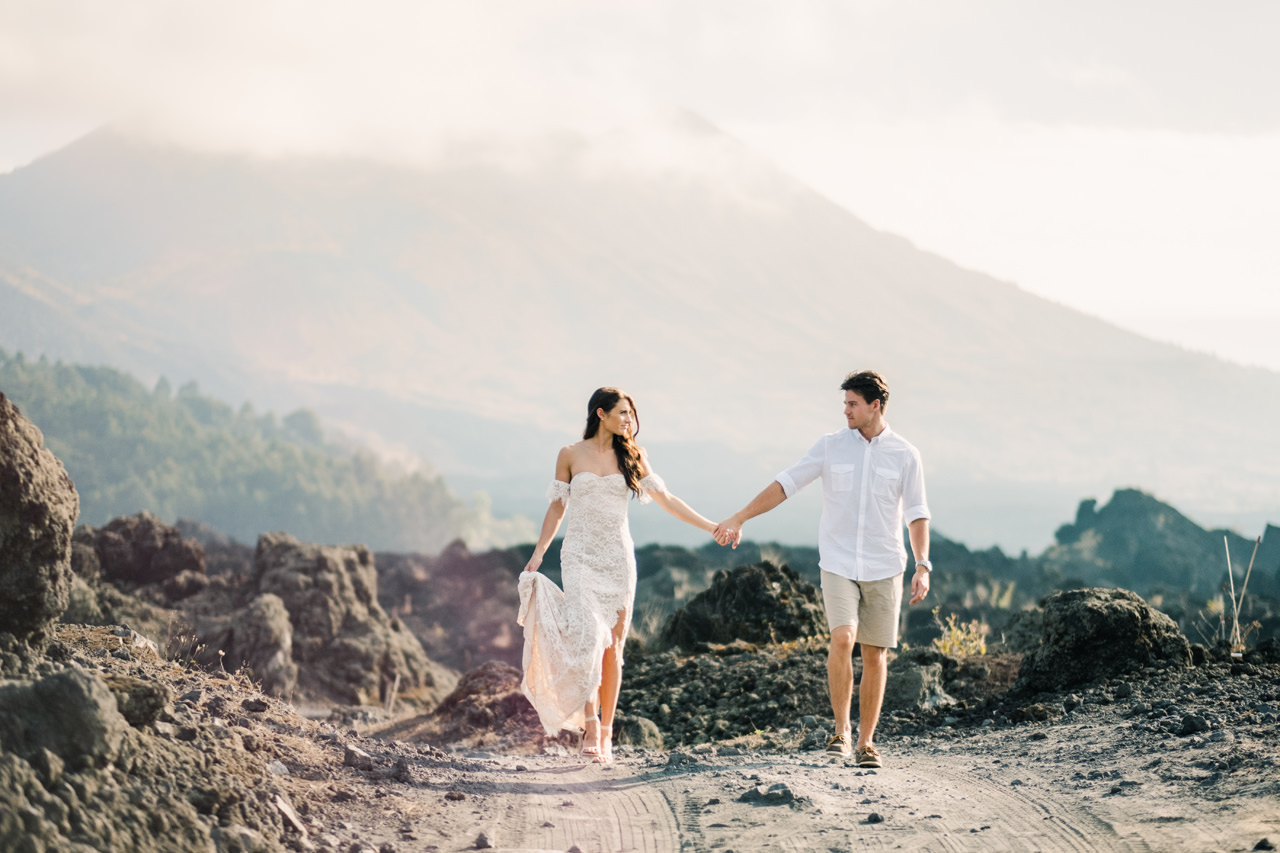 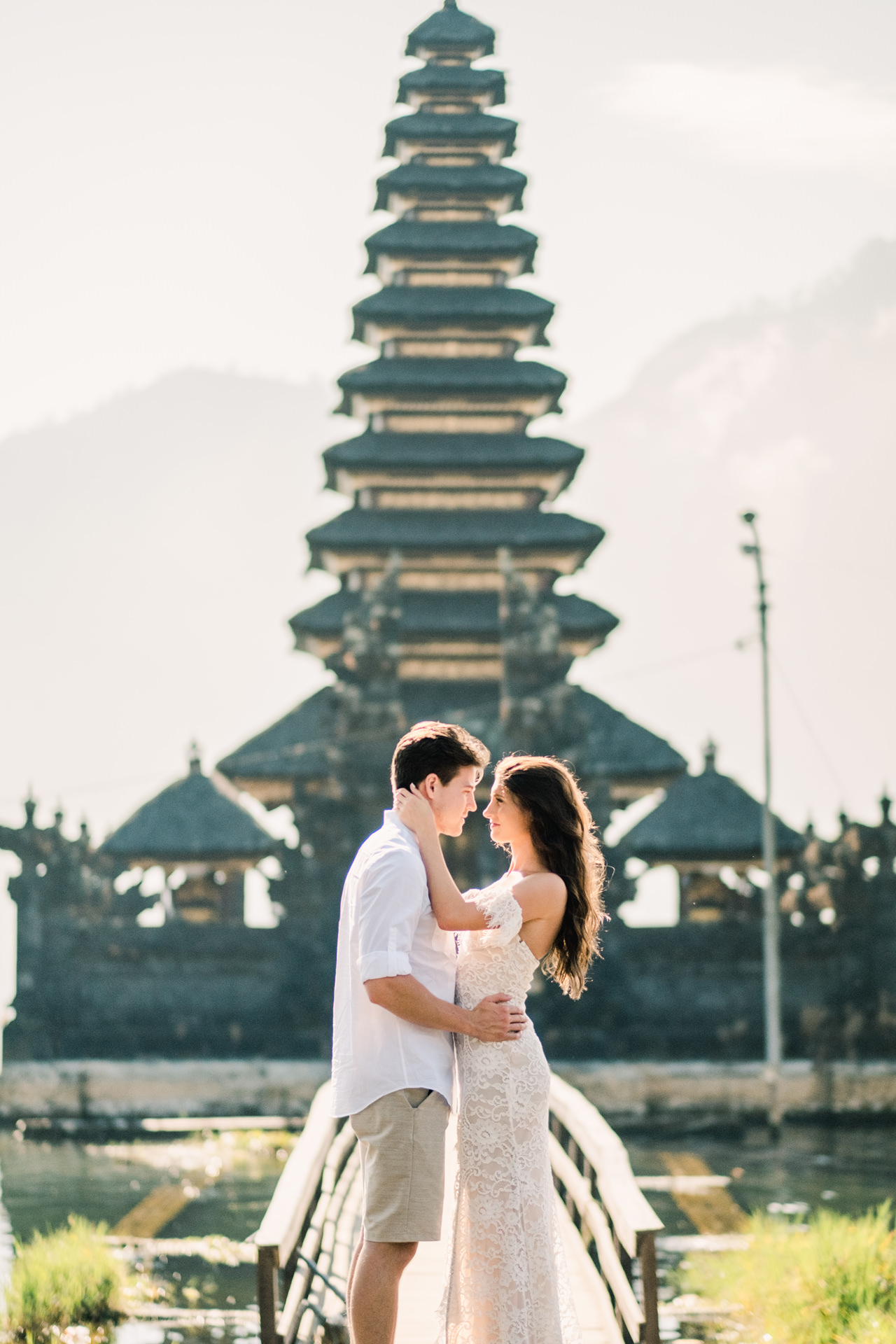 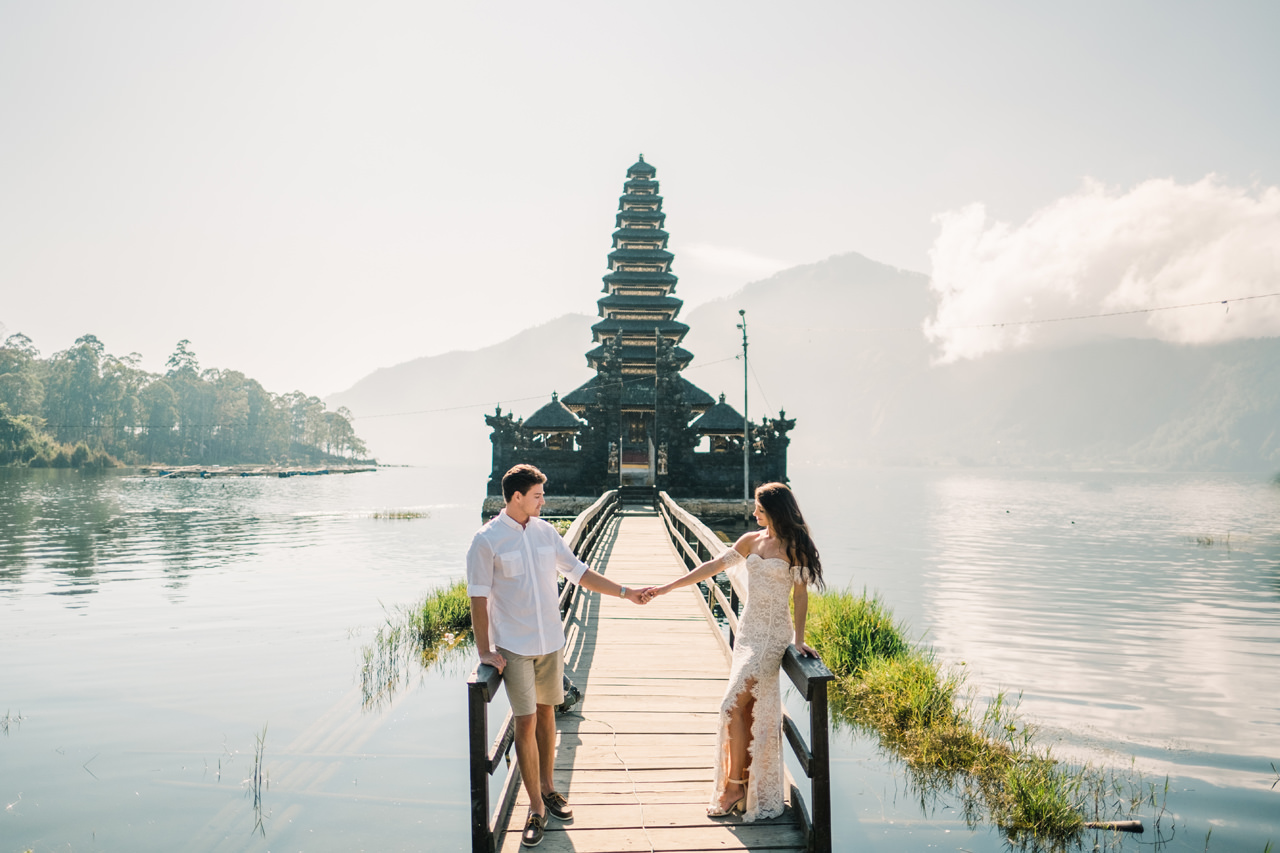 I hope you are happy with your intimate honeymoon photoshoot in Bali!

The Most Instagrammable Bali Photo Locations