Harish and Neha has been together for 8 years until finally Harish decided to proposed by Bali proposal photography. It was full of surprised for Neha, as she doesn’t know about the whole trip in Bali. 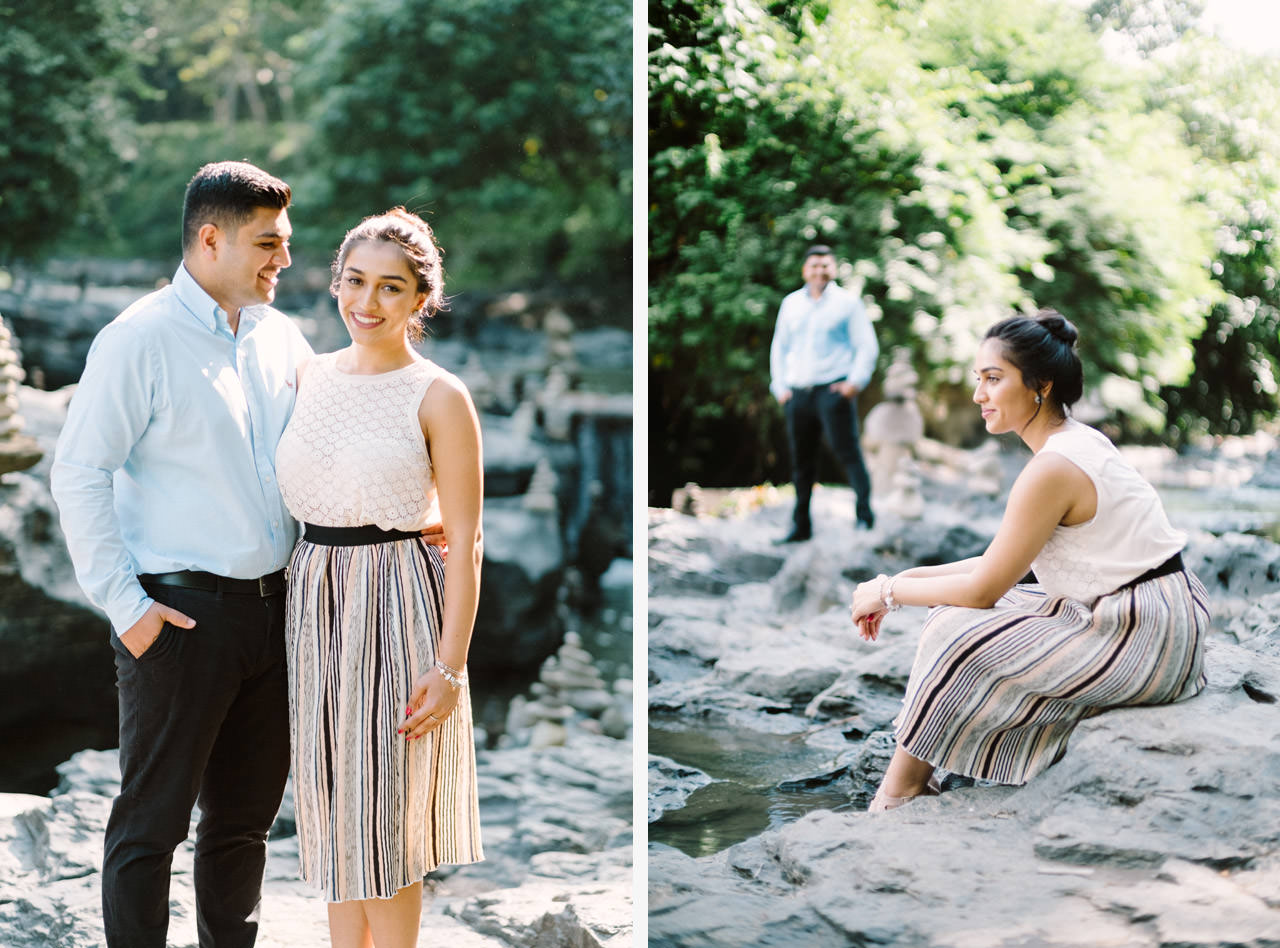 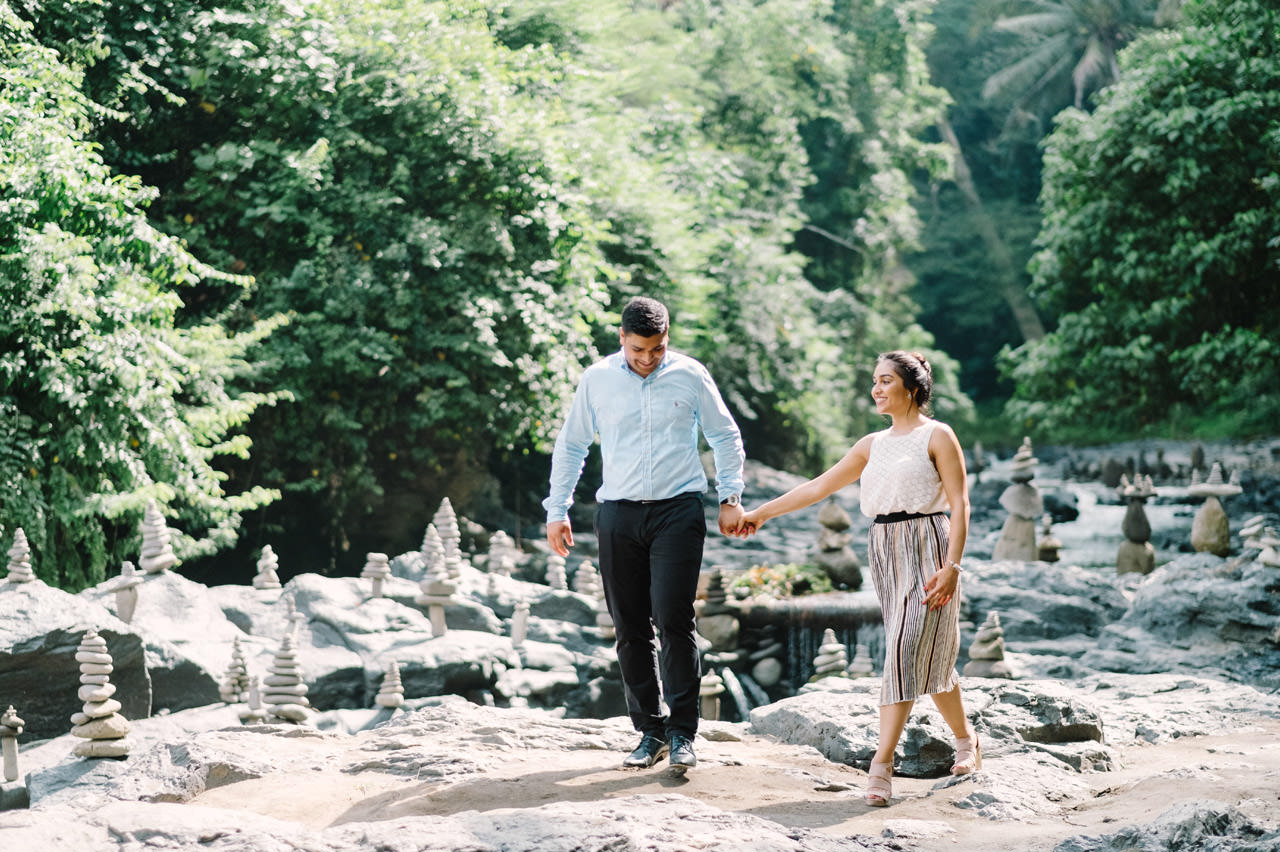 Harish, when did you decide to propose and what planning was involved? and why choose Bali for the proposal?
The thought of proposing came into mind in the late Summer of 2016; by which we had been together for 8 years. Initially, I had visited the famous Hatton Gardens in London, to search for her dream ring, but was unable to find ‘the one’. In November 2016, we jetted off to Dubai, where we skydived from 13,000 feet! It was there I visited Cara Jewellers (recommended by Neha’s Sister). I designed a ring similar to one that I had seen in London, which they then prototyped overnight. The following day we were back at Cara Jewellers, where Neha tried on a range of different rings – one of them being the one I designed, and the one she fell in love with!

With the choice of ring definite, my next plan was the destination, my initial thought was to take her to Iceland. Yet, Neha and I had our eye set on Bali for a while, and so I decided on this. Not only is Bali known for welcoming couples and backpackers, but it’s also a place to embrace culture – which we fell in love. I told Neha exactly two weeks prior to the holiday, and to keep the surprise, the only information I told her was to pack for a hot destination.

Whilst Bali has a number of beautiful and very scenic spots, I wanted to sweep Neha off her feet for the proposal. With the help of Gus, we came up with Tegenungan Waterfall. Gus helped me create a sub-story, to disguise the proposal. I got our hotel Butler involved at the Padma Resort Hotel (Ubud) to convince Neha to dress up for a photoshoot for a new hotel brochure – little did she know; I was about to ask her to be my Wife! 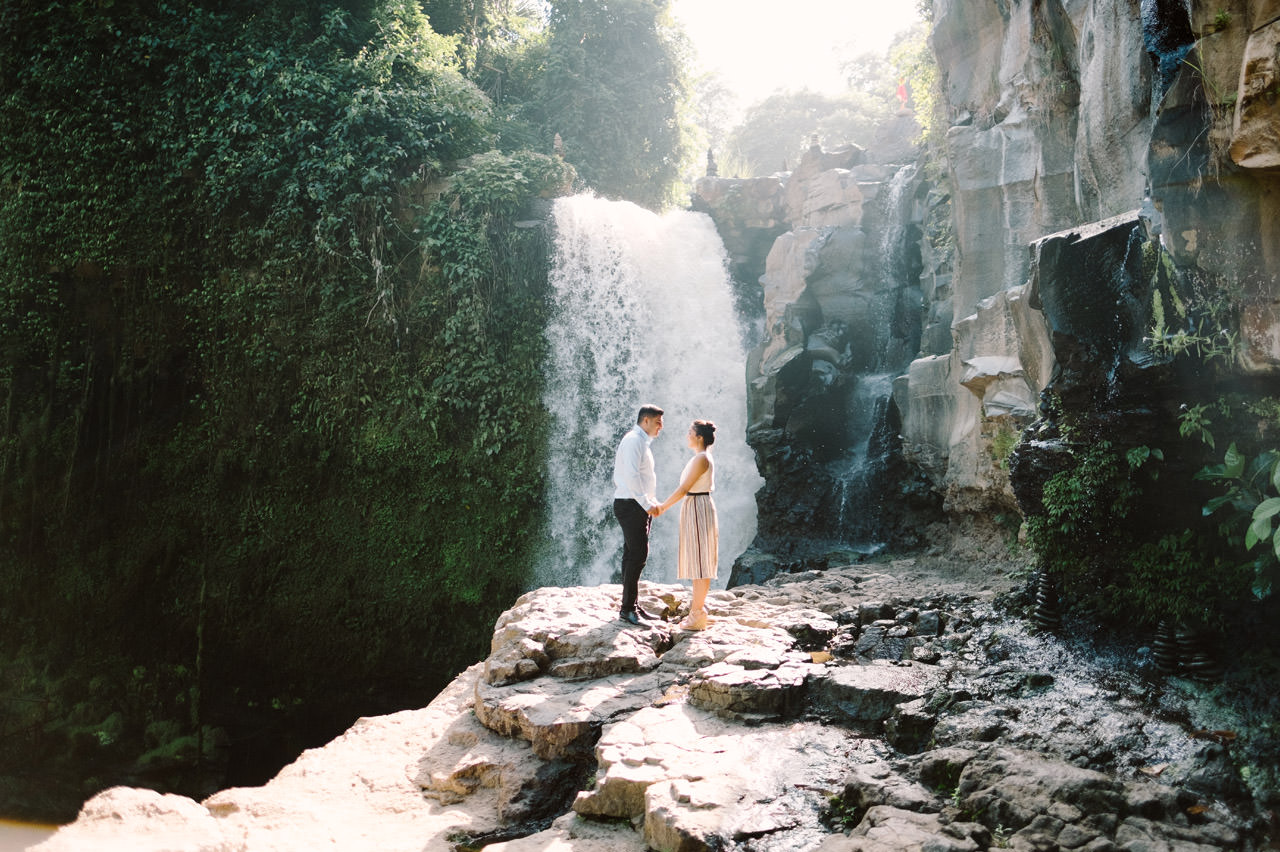 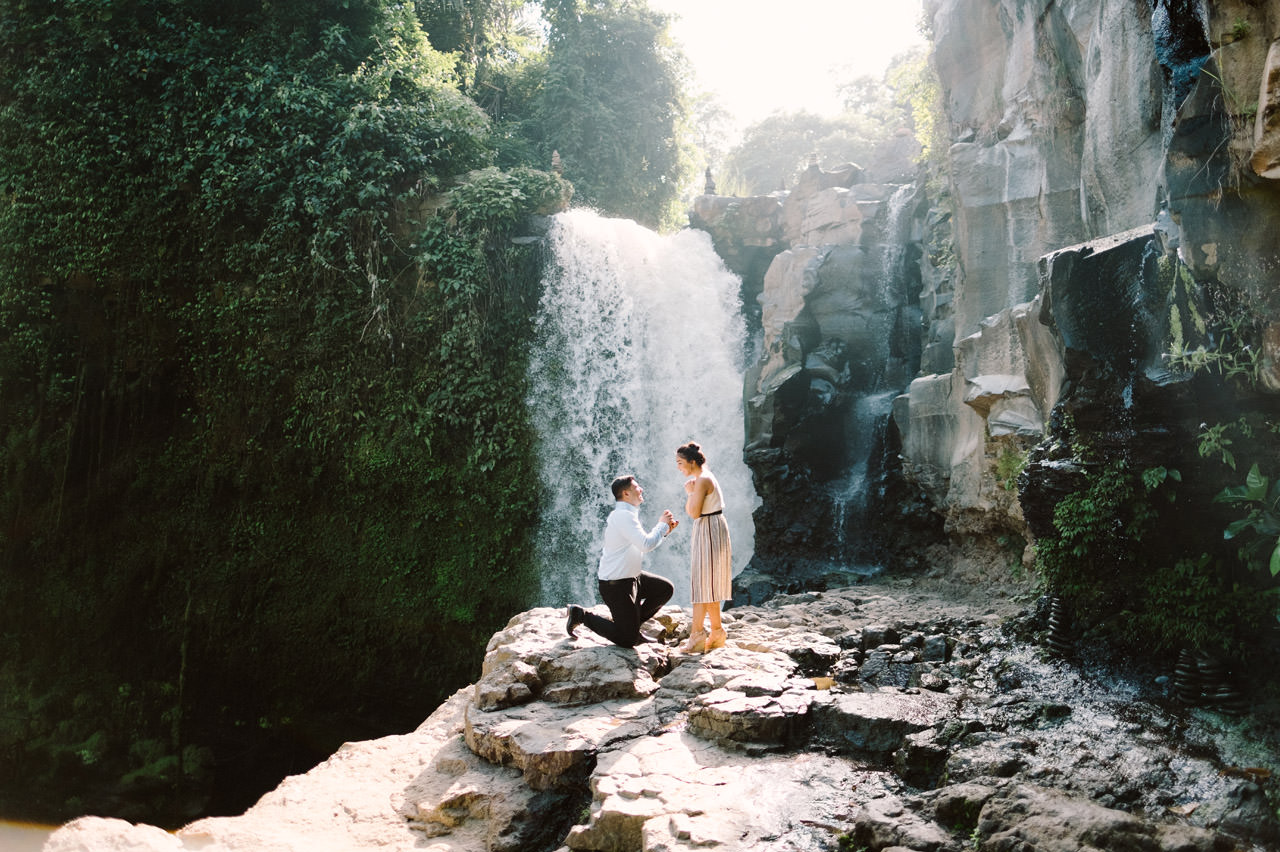 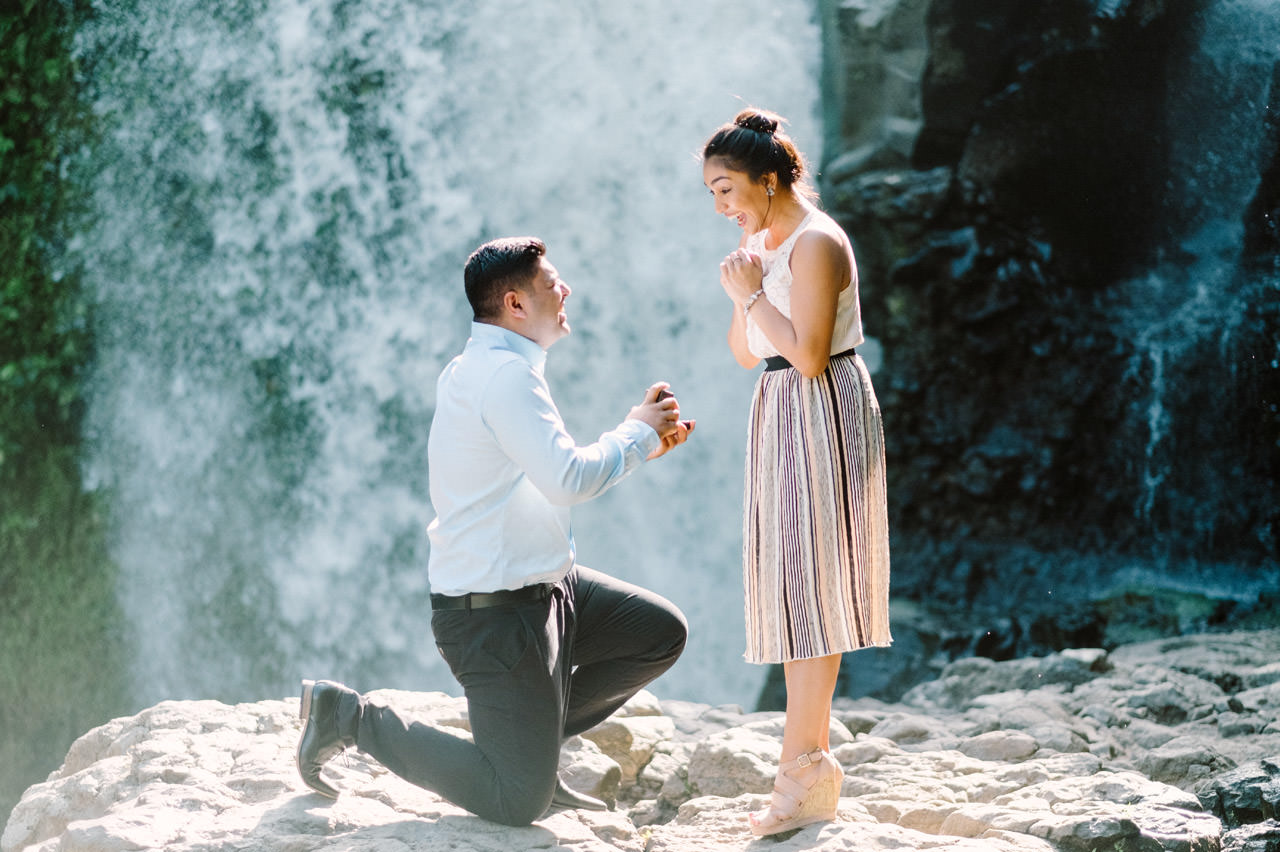 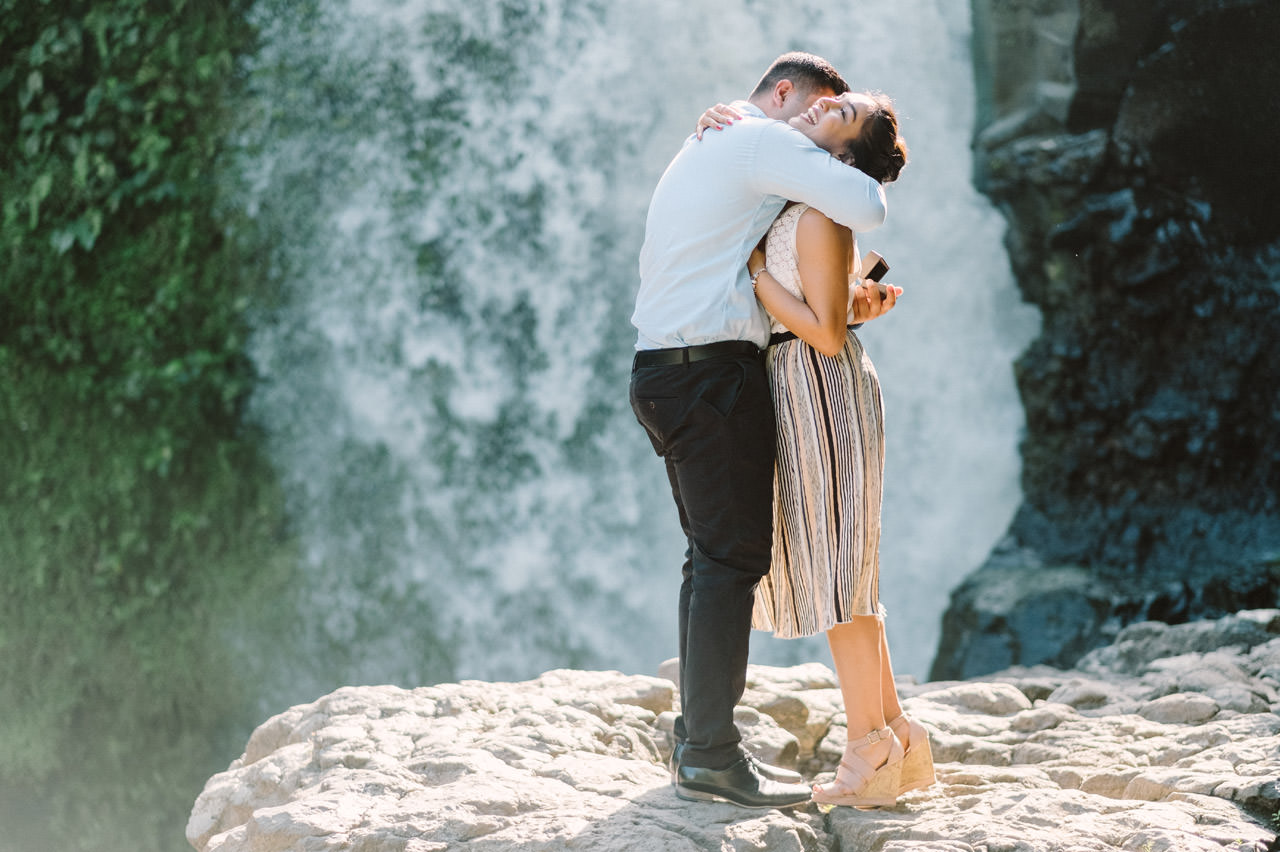 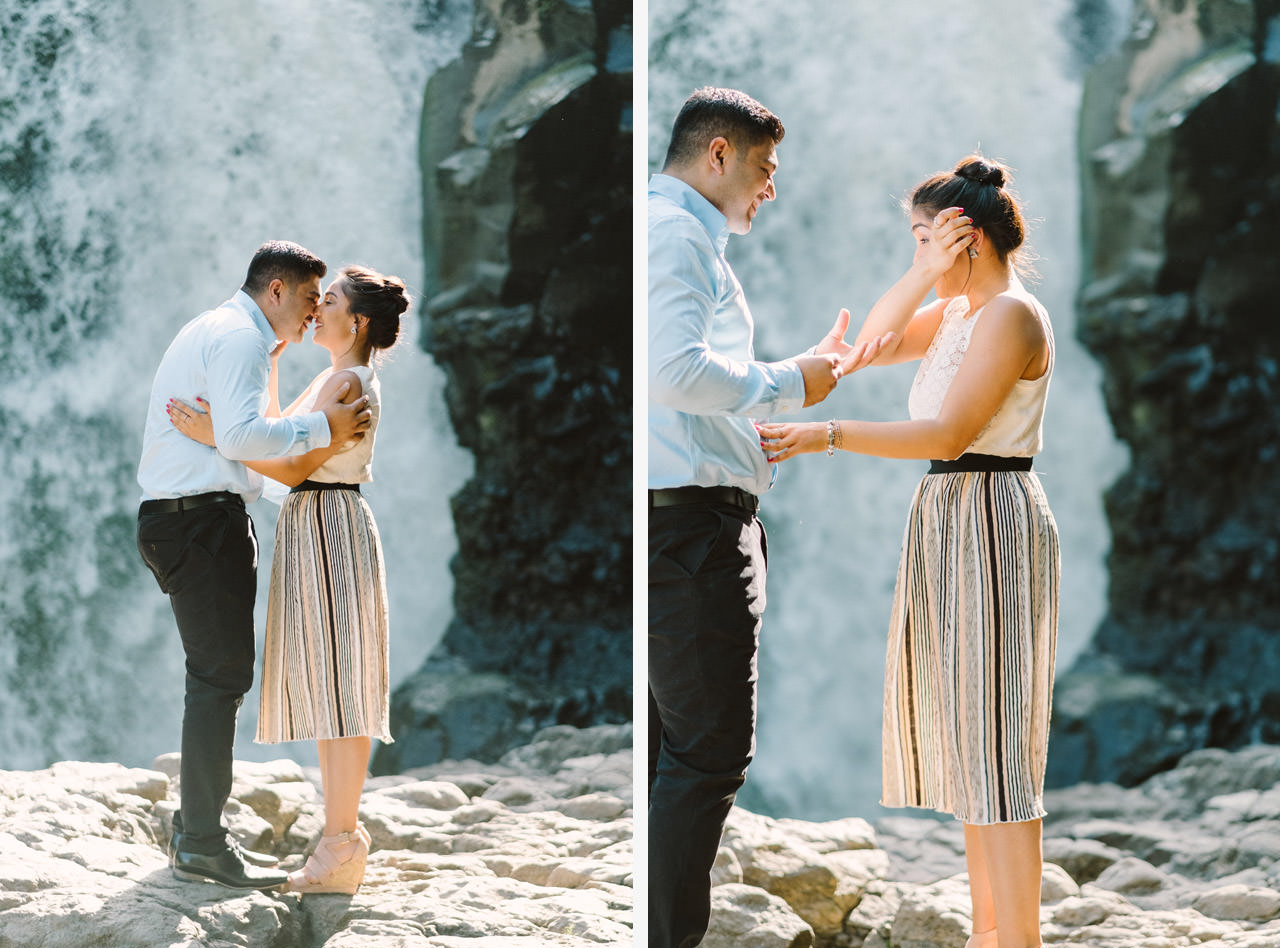 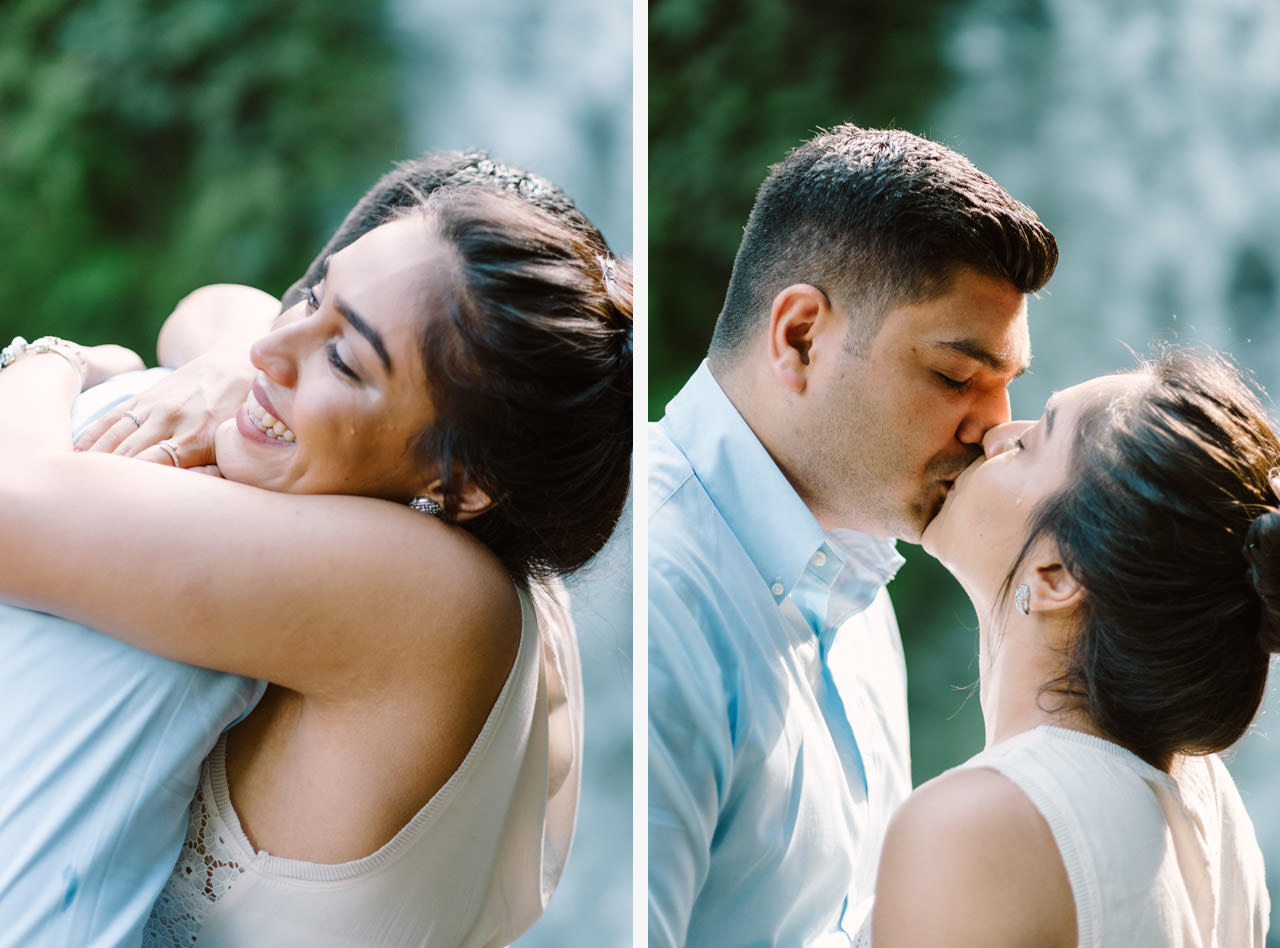 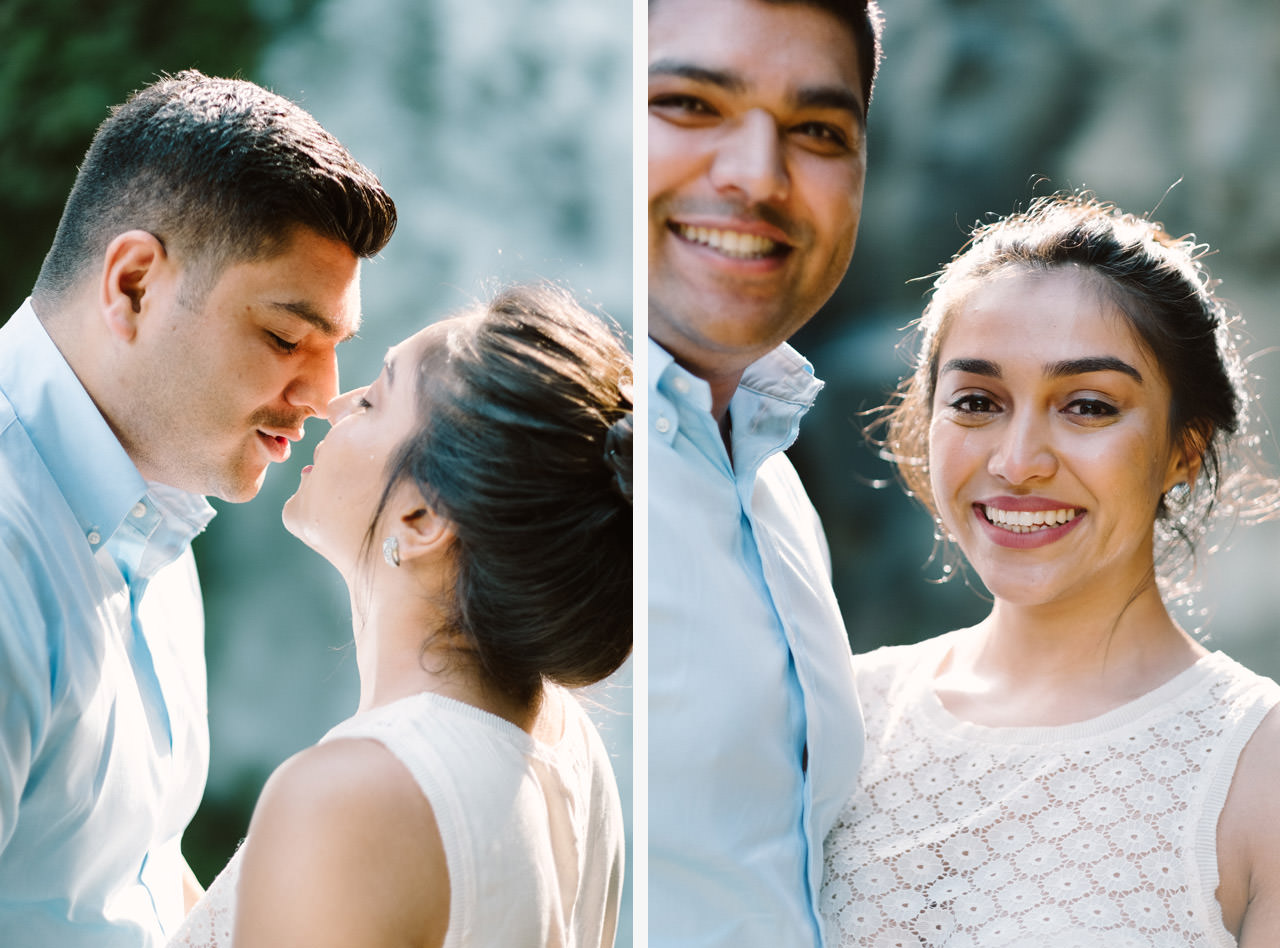 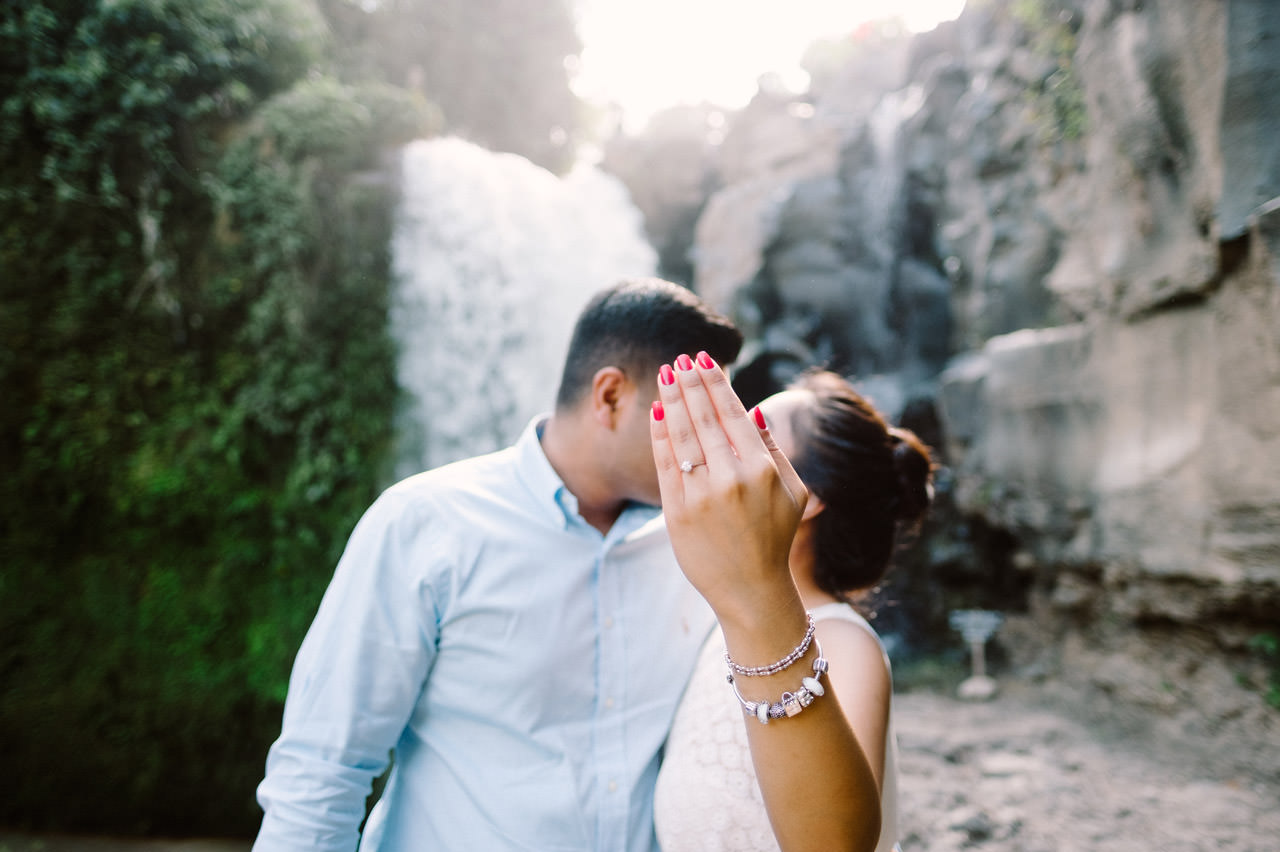 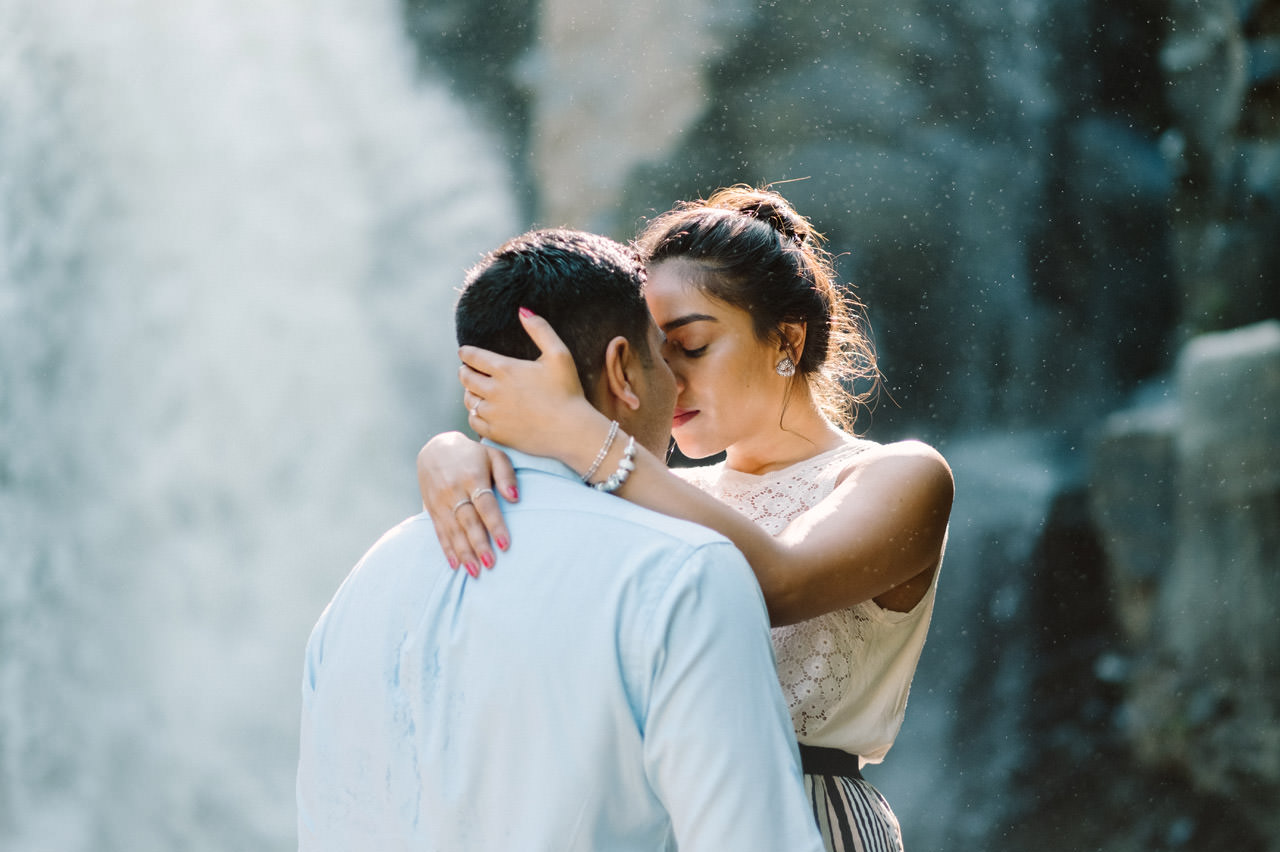 Neha, was the proposal a complete surprise or did you have an inkling as to what Harish was planning? Could you please tell us a little bit about how you felt during the proposal day?

The proposal was a complete surprise to me – in fact, the whole trip to Bali was a surprise. I had no idea we were heading out on a 10-day trip and only found out two weeks prior. Harish had planned the proposal so discreetly and got a number of people involved to make it out as if I was heading to Tegenungan Waterfall as part of a photoshoot for a new hotel brochure.

The Most Romantic Places to Propose in Bali

Day 3 of our trip – Monday 22nd May. We had a super early 5 starts, where we had our usual breakfast, overlooking nature at its finest. As I had thought we were going on a photo shoot, I had dressed up for this (not my usual attire for a waterfall, especially the heels!). We met with Gus, who I had come to find out later that afternoon was in on the surprise. He not only convinced me I was here for the hotel photoshoot but also made it really enjoyable, even in the scorching heat. What was yet to come, however, was about to be the start of the next chapter in my life. Harish got his knee dirty for me, and asked me to be his Wife! 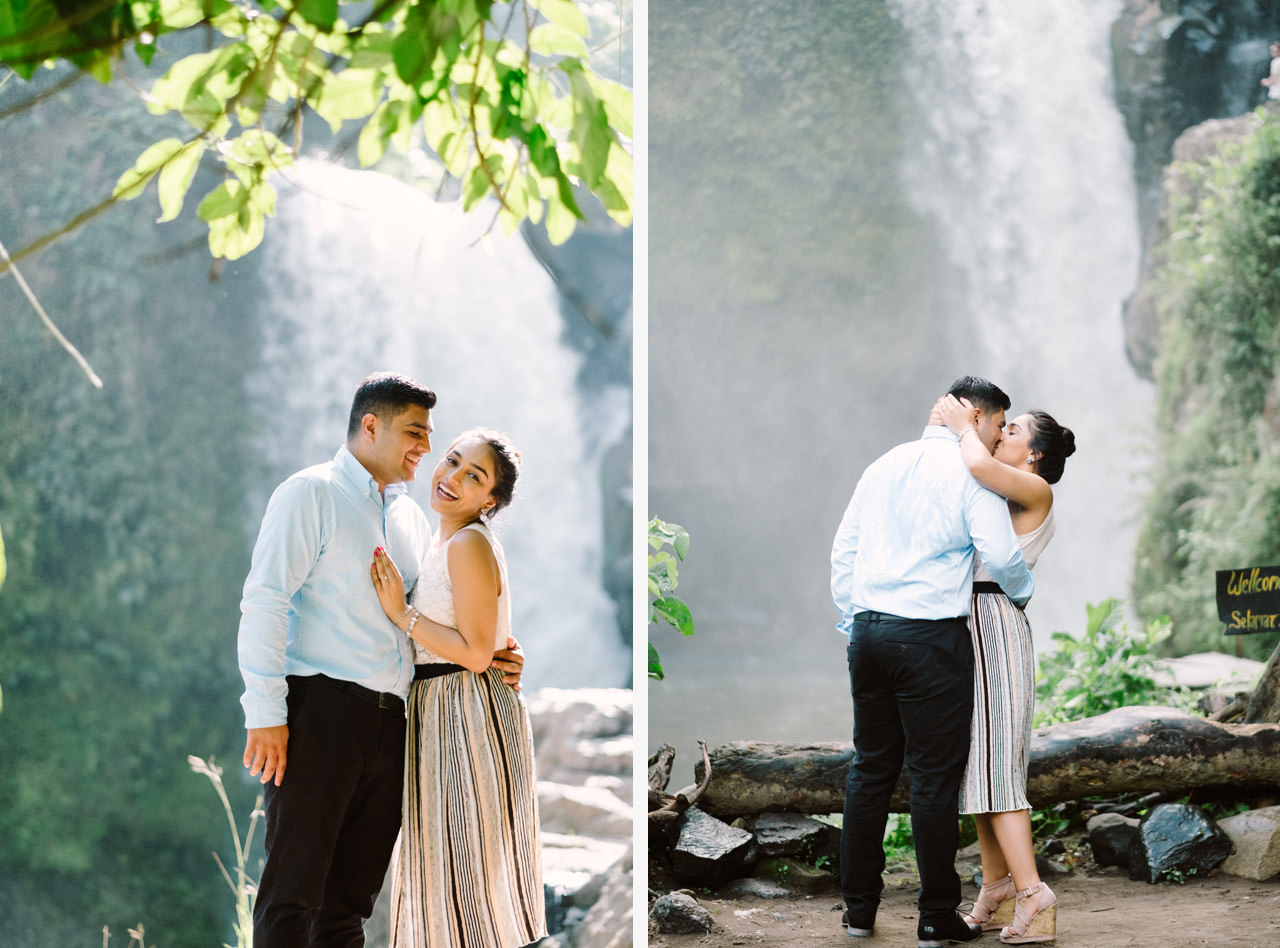 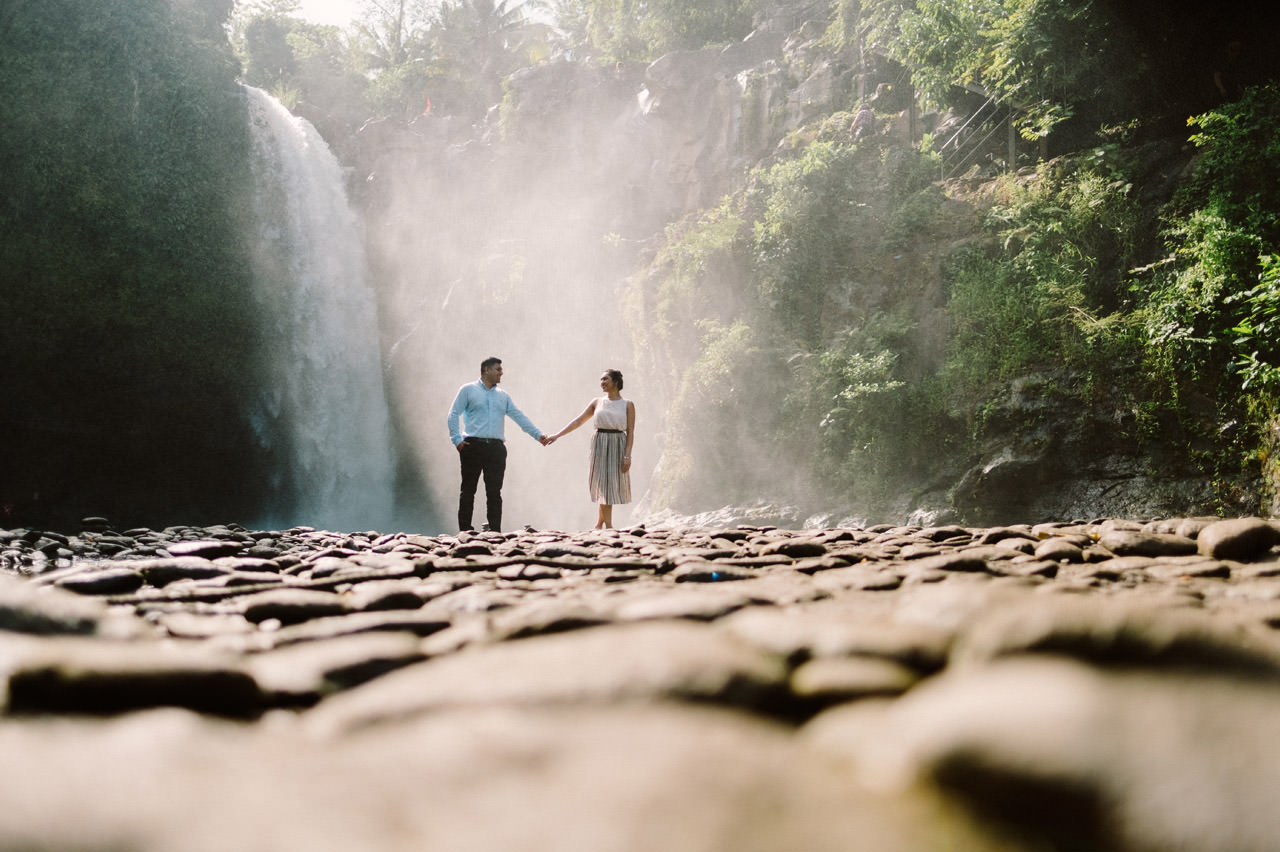 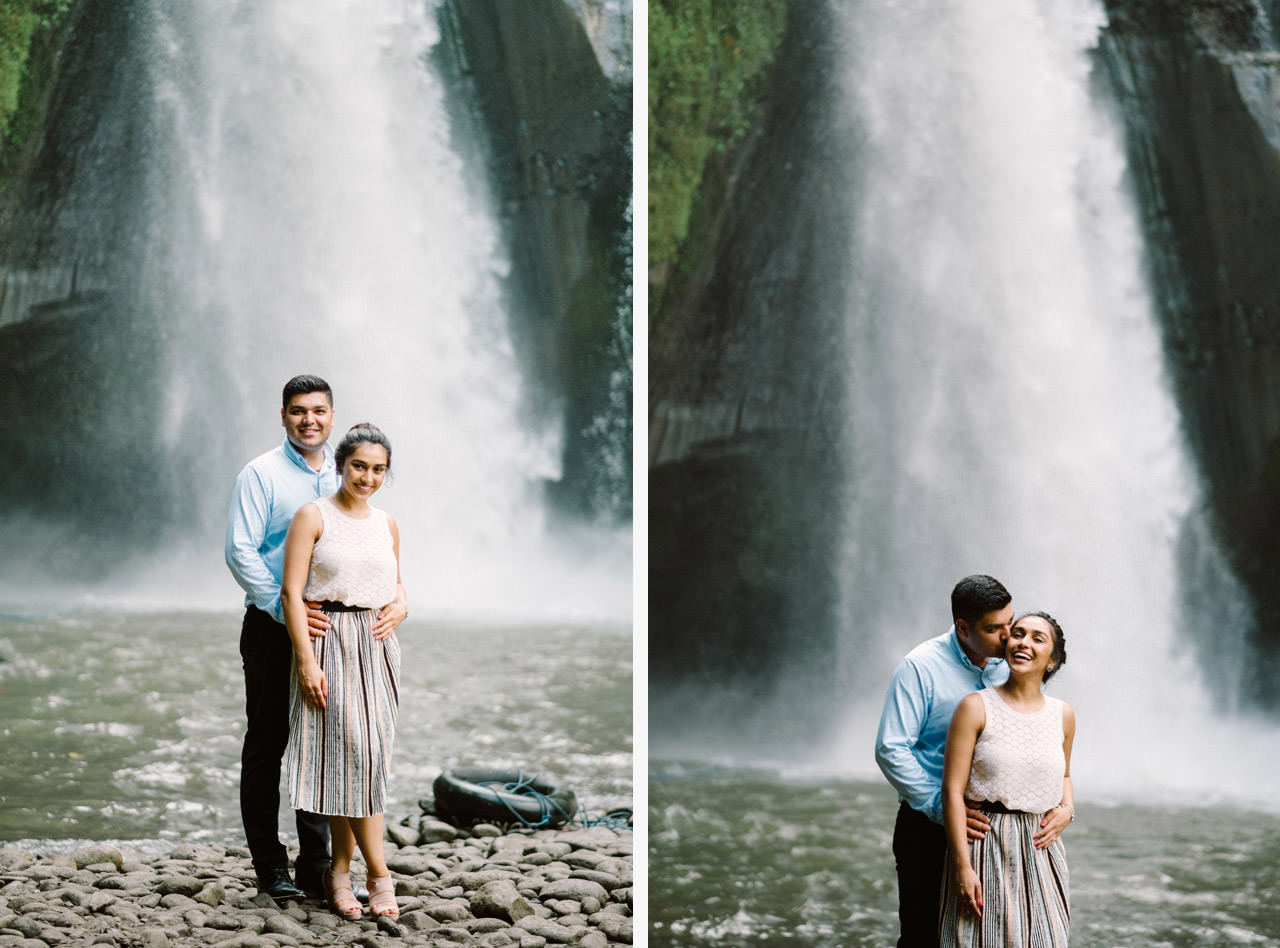 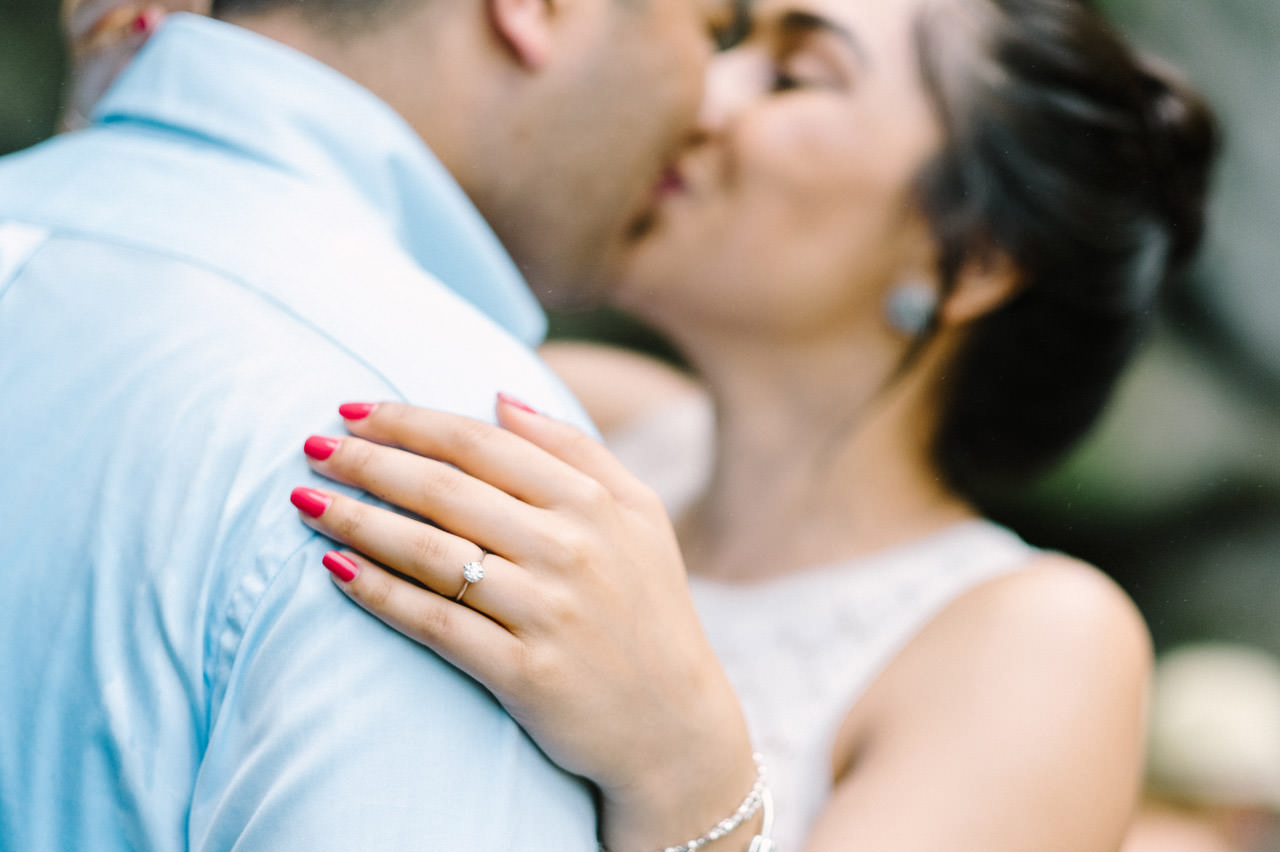 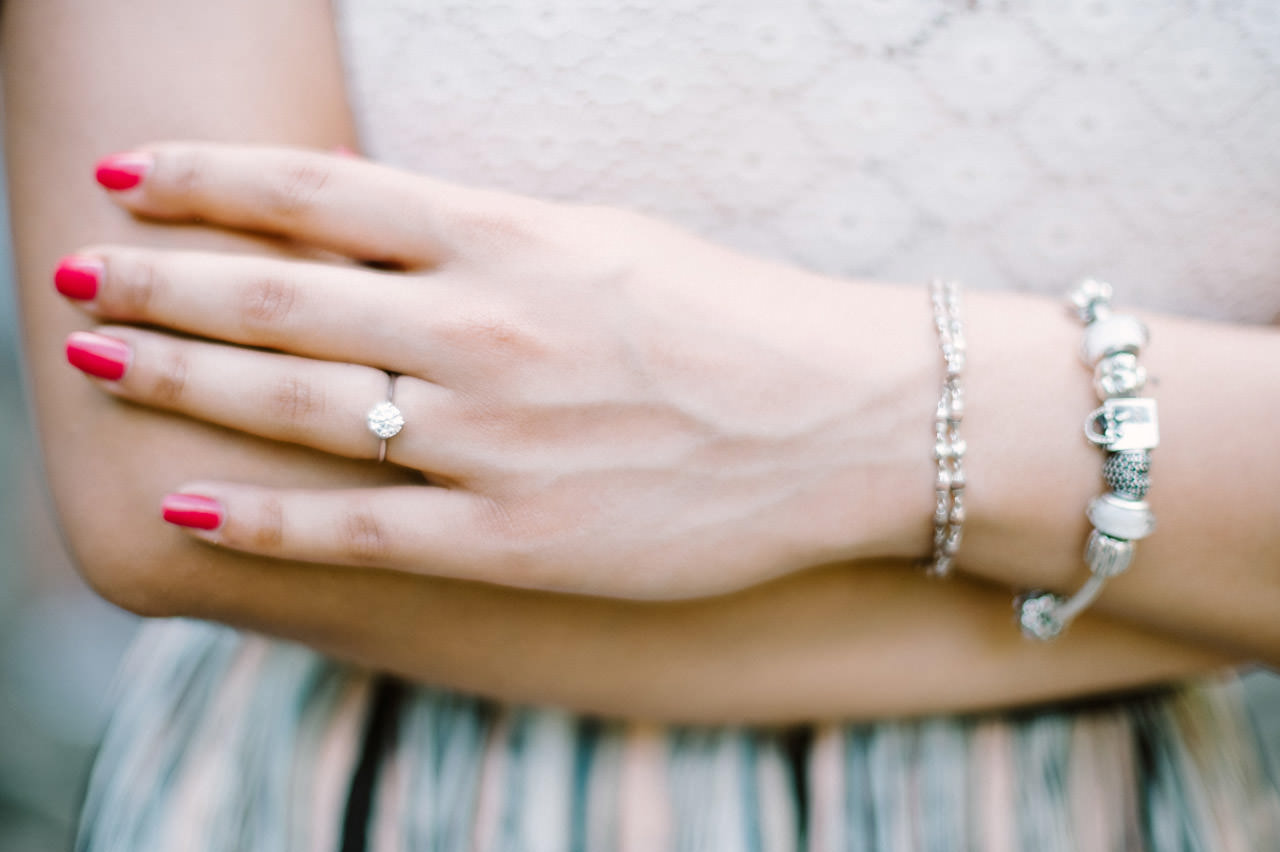 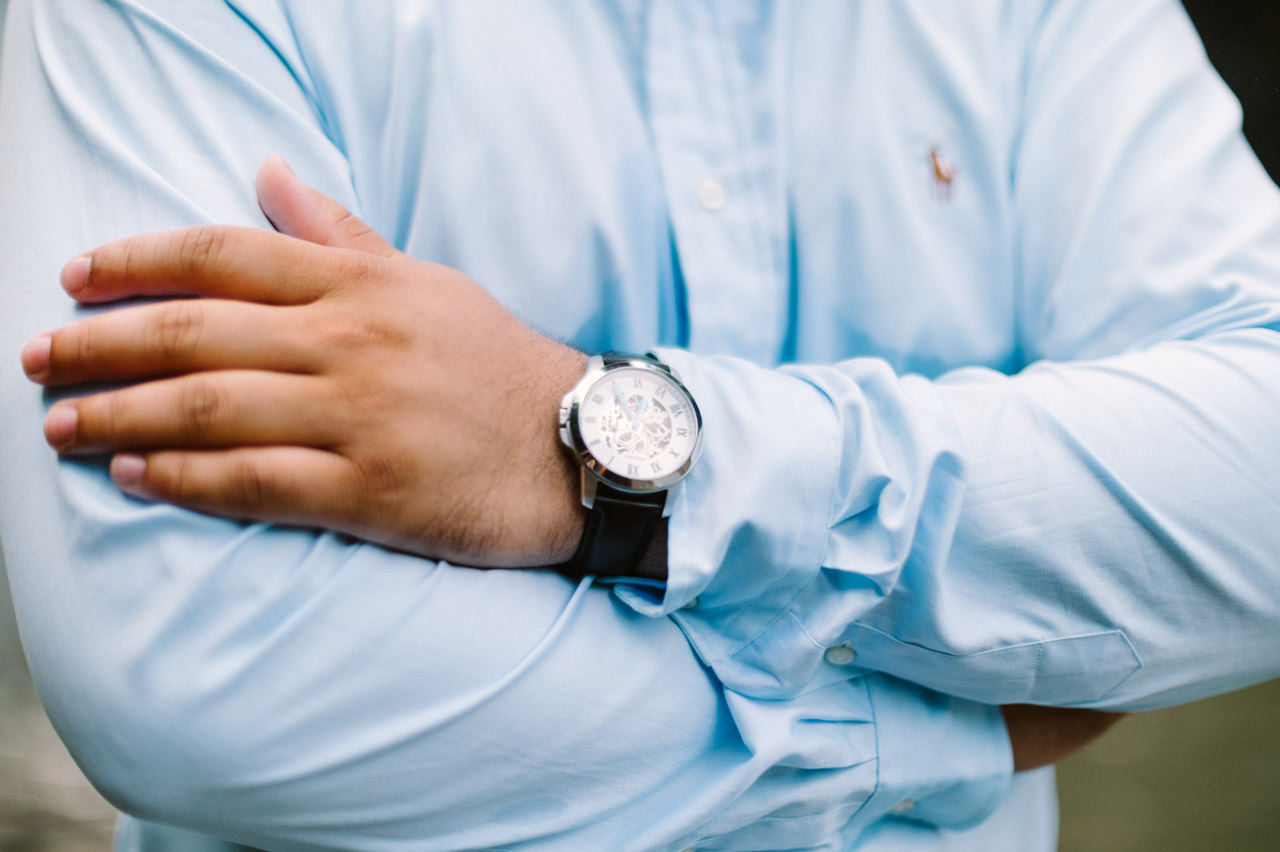 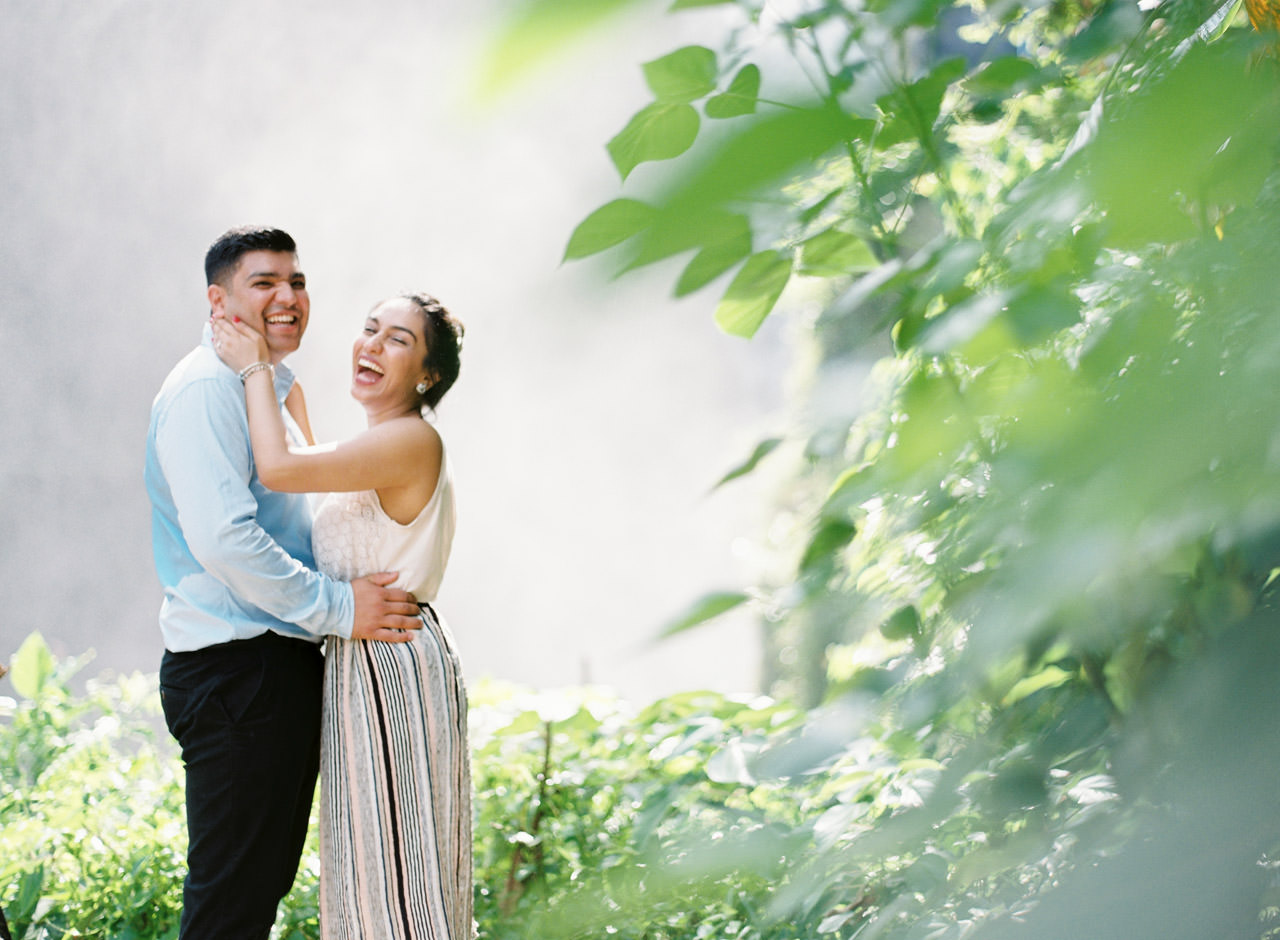 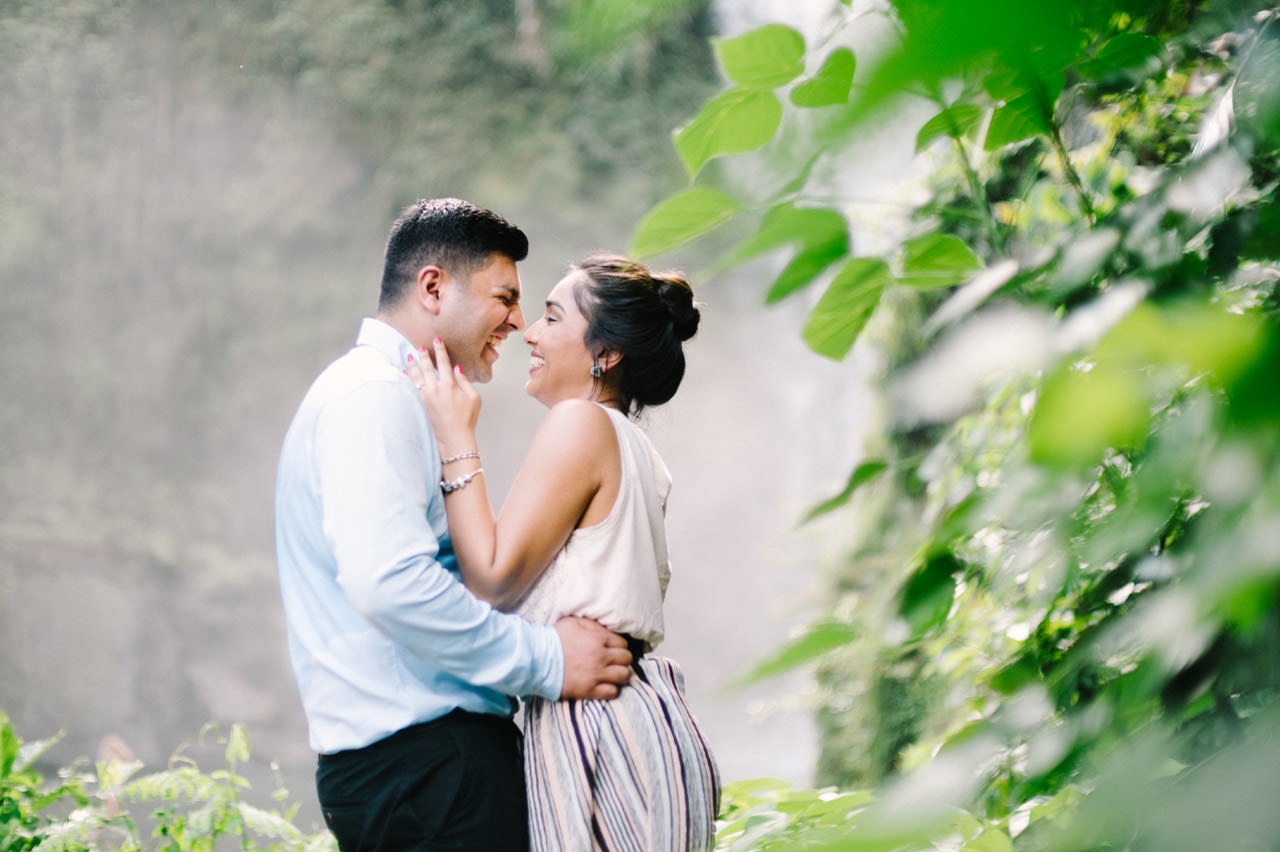 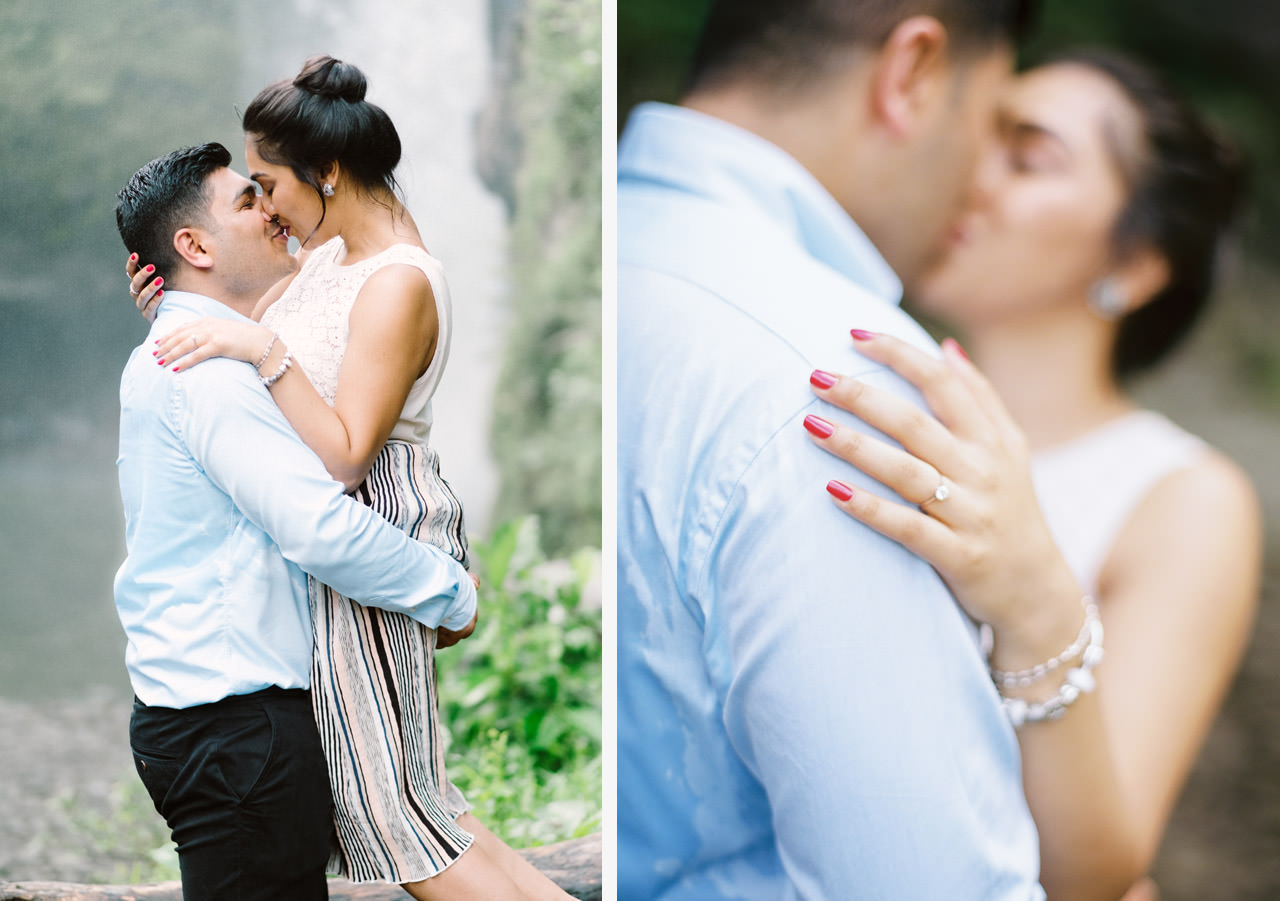 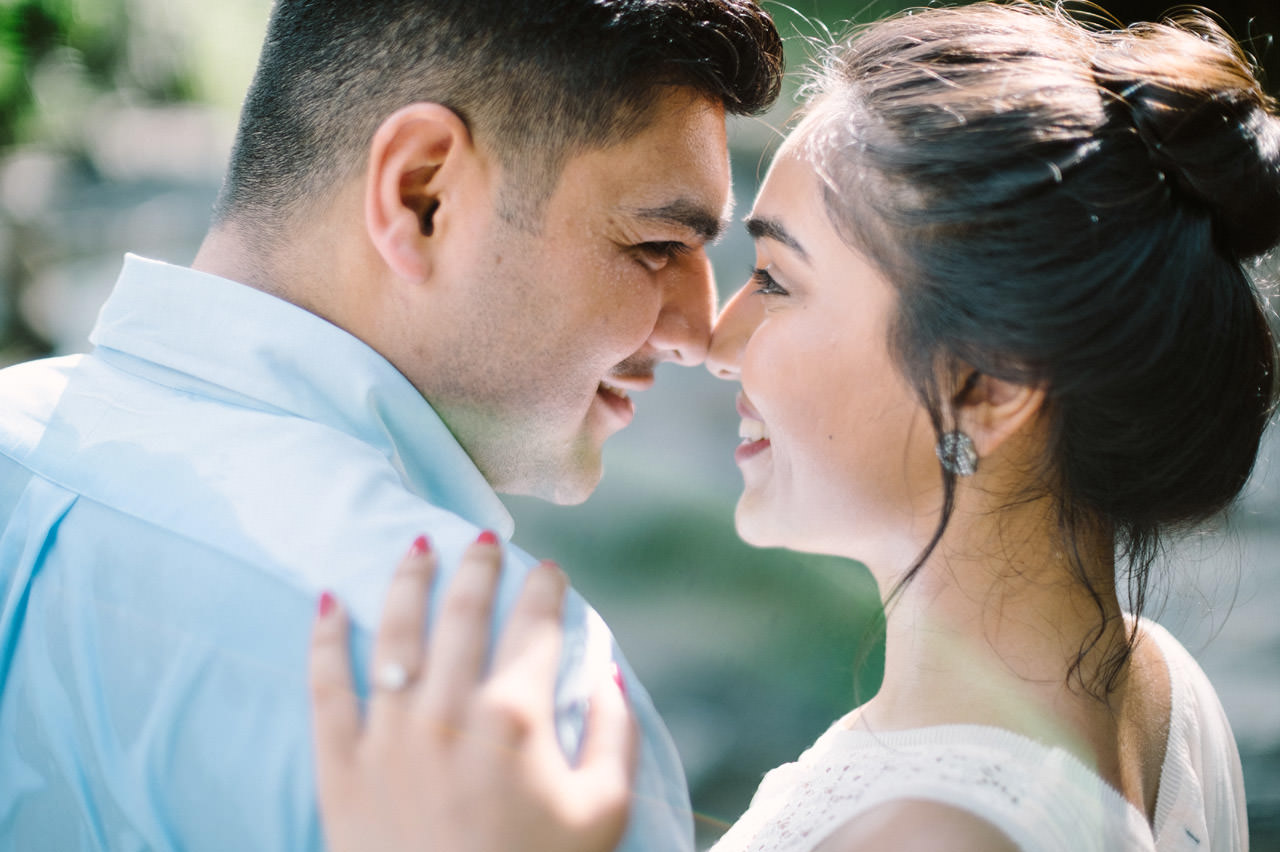 Gus captured the Bali proposal photography moment so perfectly, and one we have been able to relive with our Family & Friends back in London.

The Most Romantic Places to Propose in Bali