Located around 30 minutes from Ubud, the mythical Petanu River Tampak Siring is one of the most important rivers on the island. It’s located close to the famous Holy Springs Tirta Empul Temples. The river is situated just below the Presidential Palace of Tampaksiring. Built-in 1957 by Indonesia’s first president, Soekarno, the beautifully built palace itself is an important landmark of the island and the country.

The river airs the farmlands and closely interlinked with the local’s belief and folklore. Petanu River Tampak Siring provides clean spring water with a tropical background which bring romantic ambiances to entire session. It is also my hometown and a river of my childhood – so I know some of its hidden crevices by heart. Unlike the other photo spots in Bali, this hidden river only known by the locals. For a more adventurous couple who don’t mind getting wet and love privacy, I will take them here for an intimate and dramatic photoshoot.

Nature is so romantic, especially when you’re having a romantic time with your loved one!

Anytime is good as the location is mostly covered by shade.

What to Wear For Photoshoot at Petanu River Tampak Siring

This session can be called ‘Trash the Dress’ session as your dress will be wet for the entire session. Please bring an extra pair of clothes to change after the session. 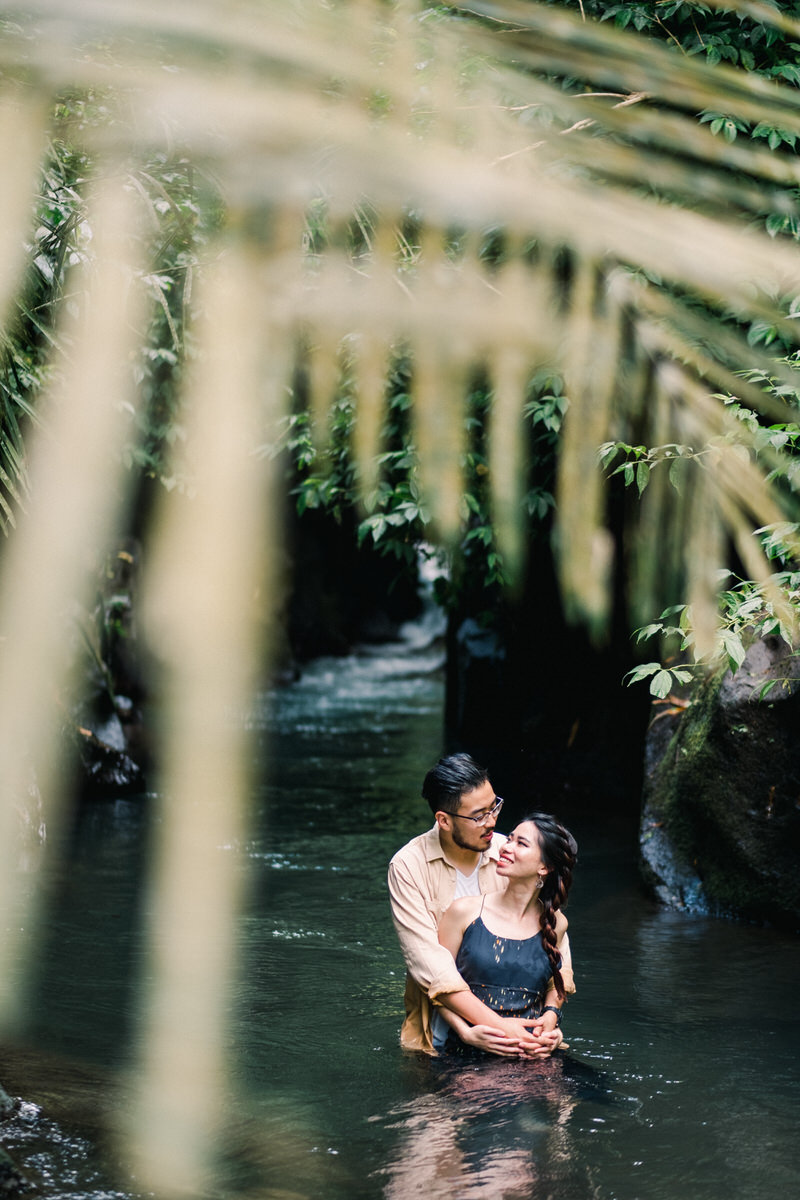 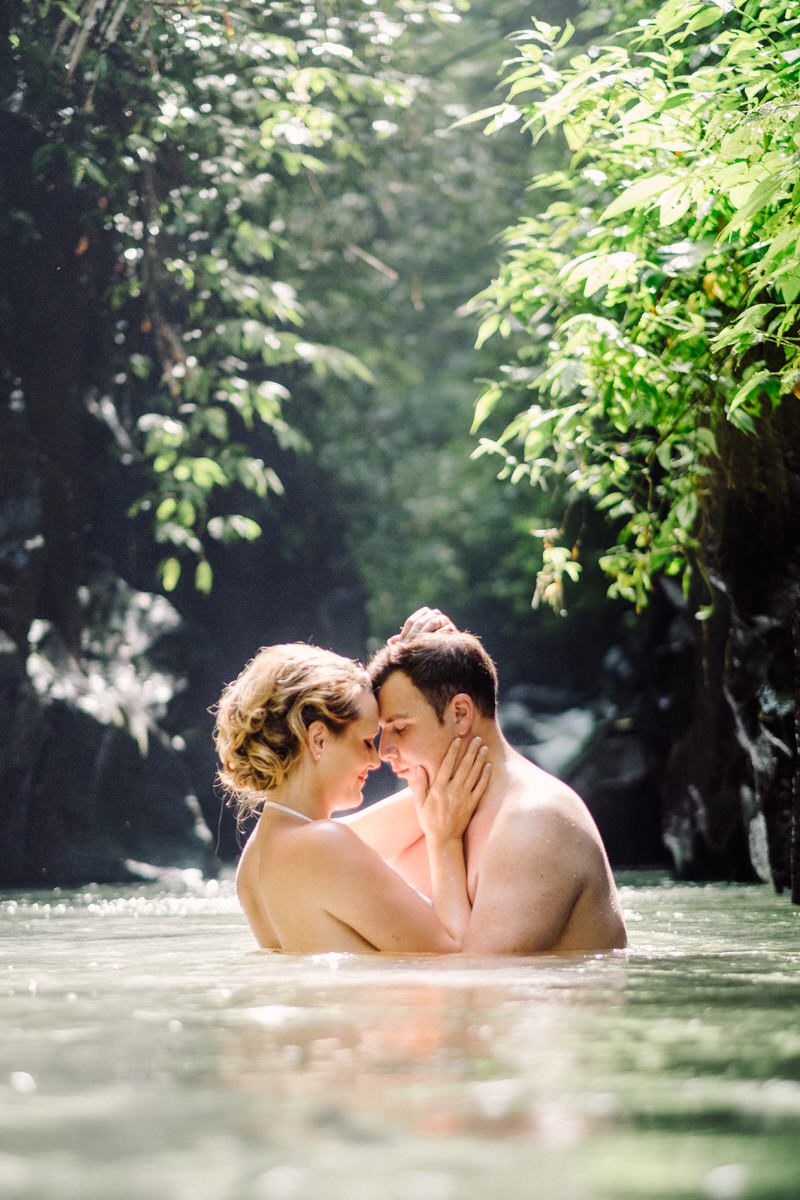 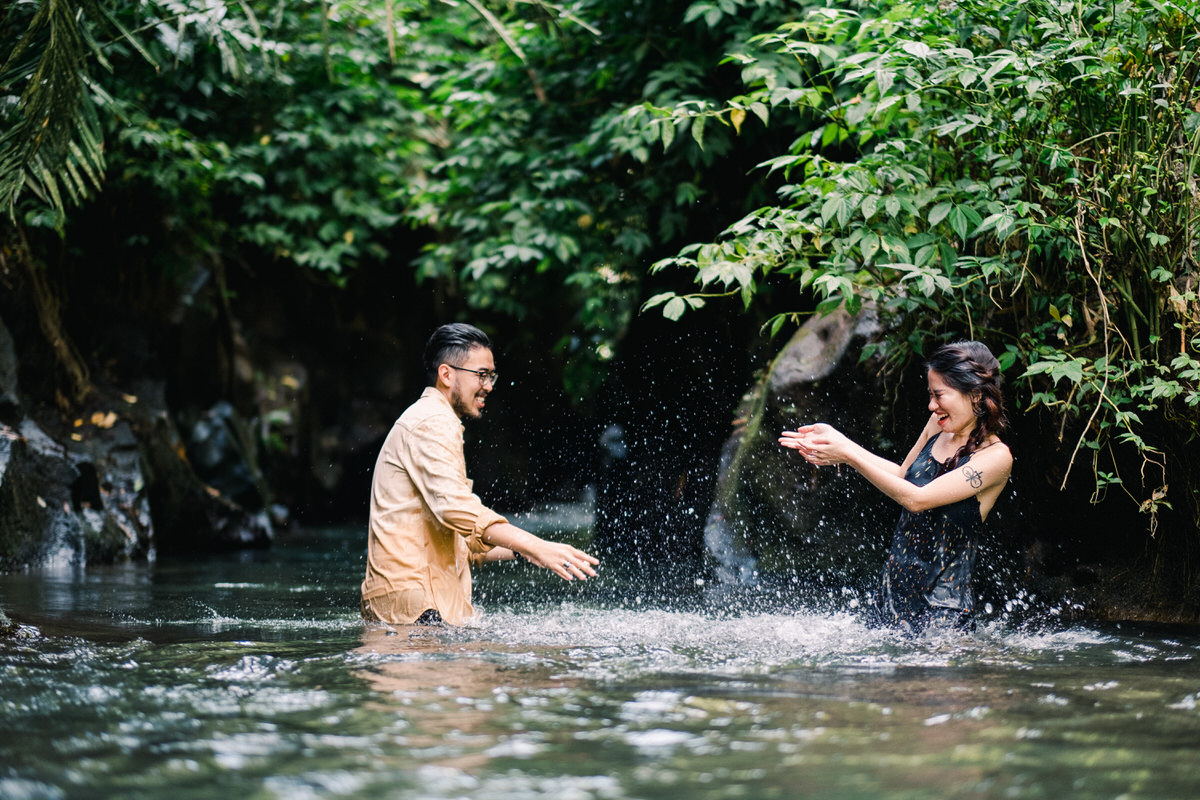 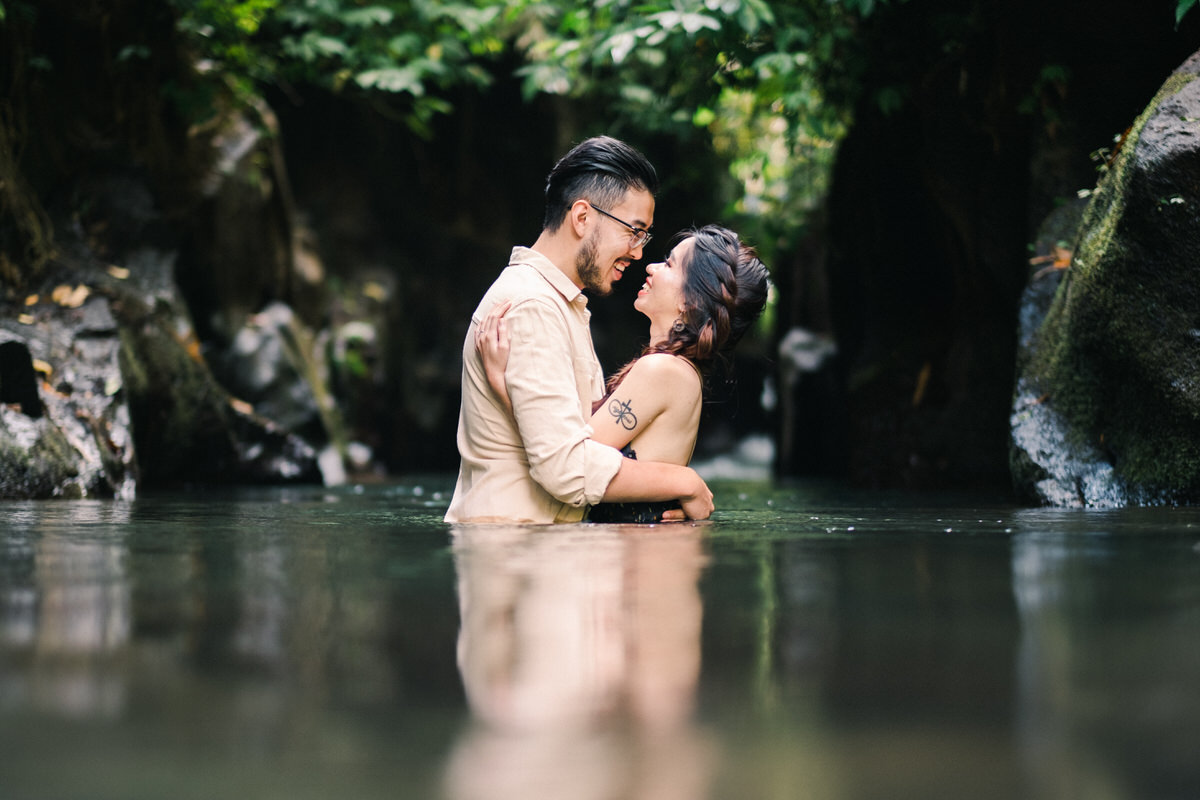 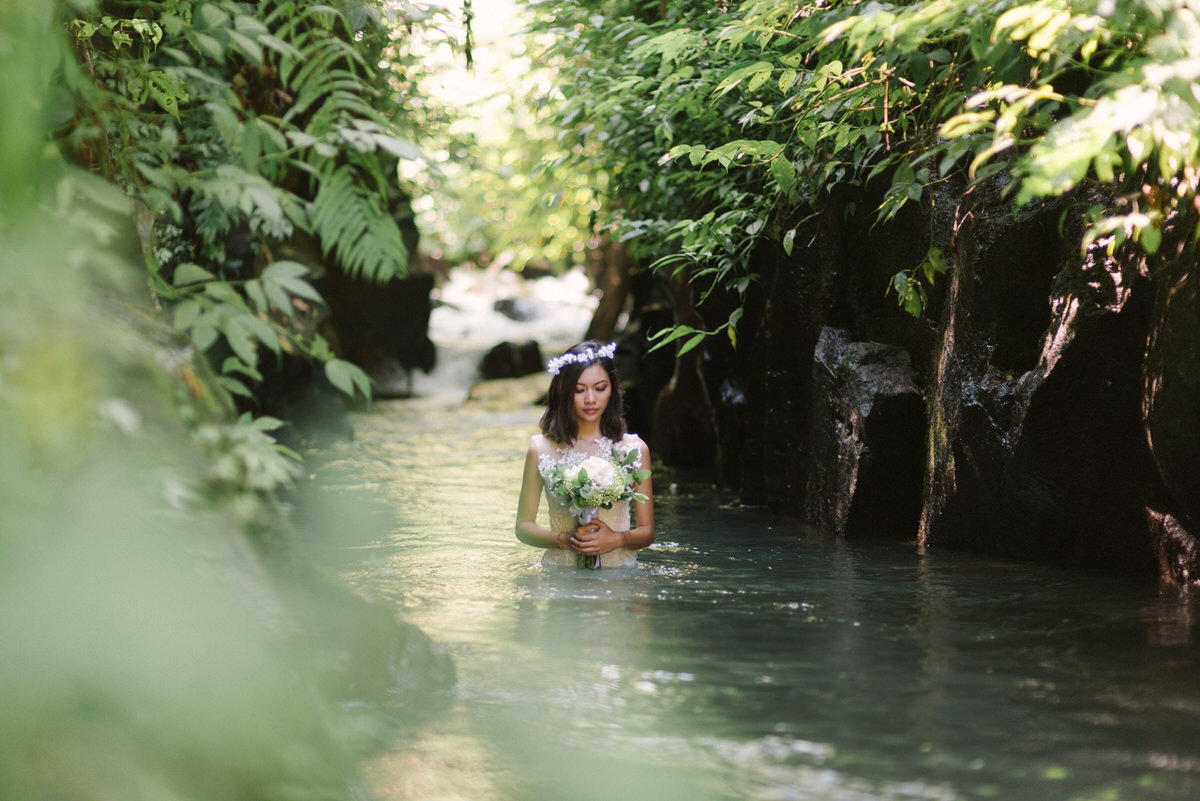