East is always the most desirable part of Indonesia to be visited. The exotic landscape, the ocean that is too clear, and the wild animals are the main three things to define it. One of the main fascinating sides of East Indonesia is Labuan Bajo. A 1.5-hour flight from Bali and Labuan Bajo is a small town on the island of Flores that worth visiting during your trip. The town is less developed than Bali.

For a prewedding, we have to rent a phinisi to explore the island from the sea. Below are the best locations for prewedding around Labuan Bajo area.

Padar Island is about 30 km from Labuan Bajo, a fishing town on the westernmost part of Flores. To reach the peak we need to trek for about 20 minutes. The panoramic view is so amazing, the savannah and the surreal landscape fringed by bright green-capped mountains of fairy-tale shapes.

Pink Beach is one of the most popular spots on Labuan Bajo for prewedding and a real natural wonder, with only a few similar places on the planet. The beach gets its unique colour from microscopic organisms called Foraminifera. They produce a red pigment of the coral reefs. That’s why locals call it the Red Beach. When the small pieces of the coral combine with white sand, it creates the soft pink tint, which is visible on the shore.

The best time to shoot in Padar Island is sunset and sunrise for the Pink beach. 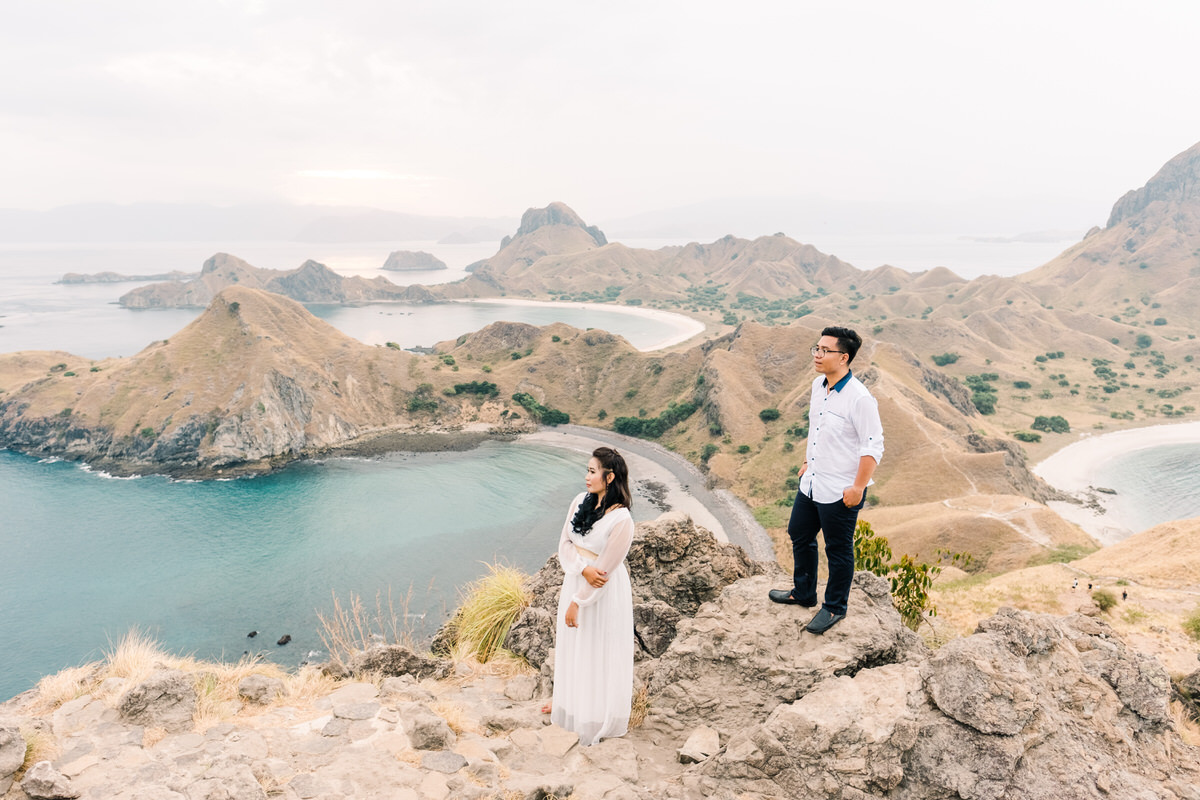 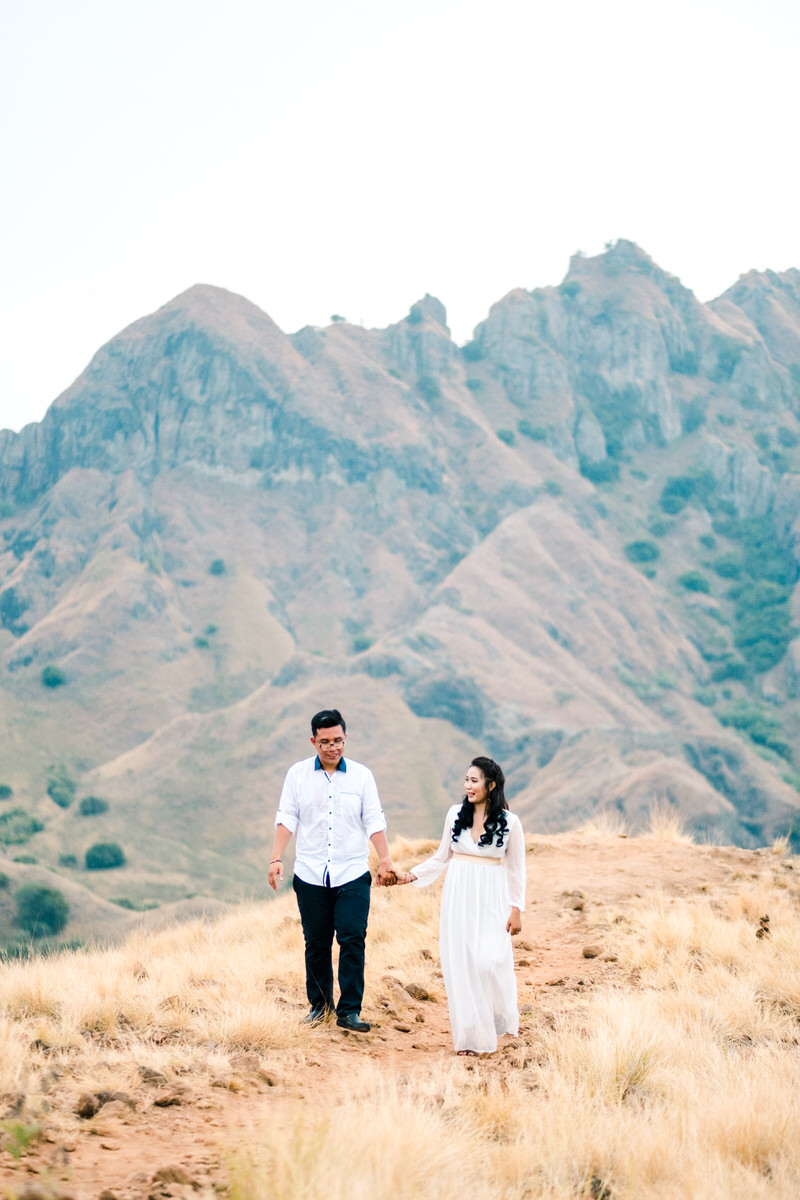 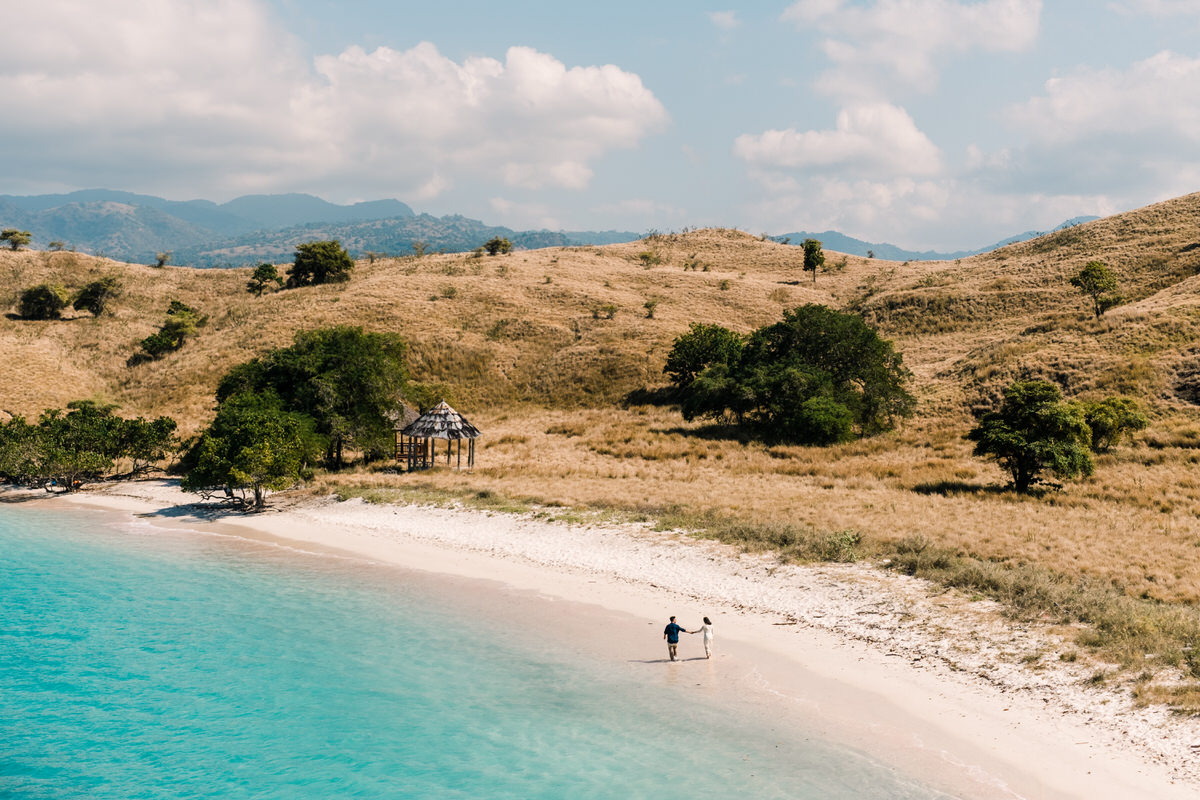 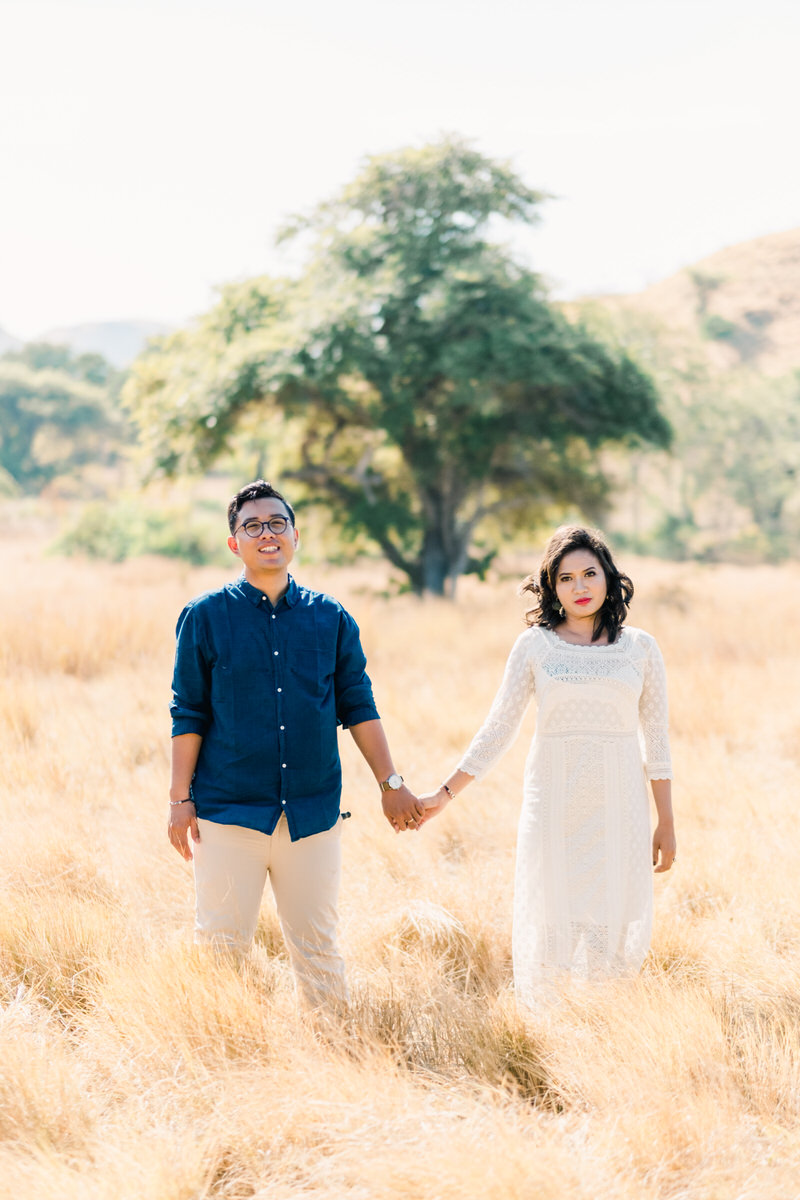 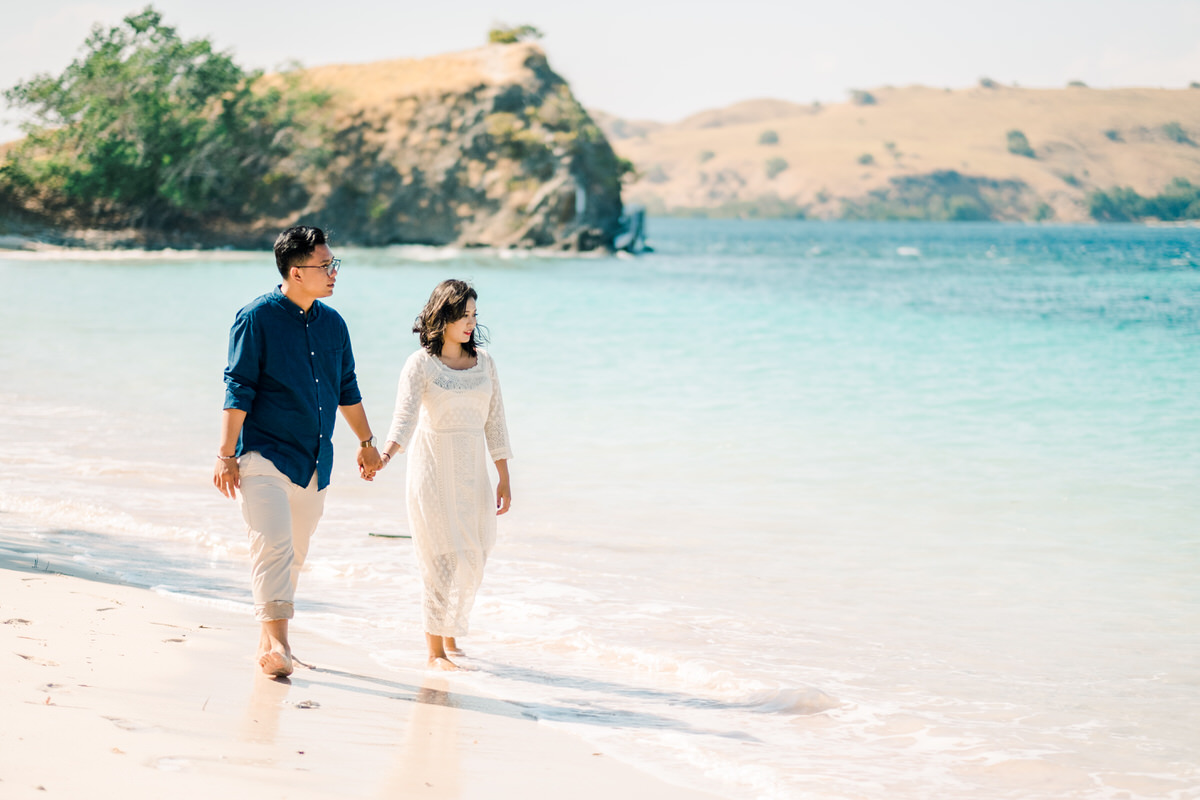 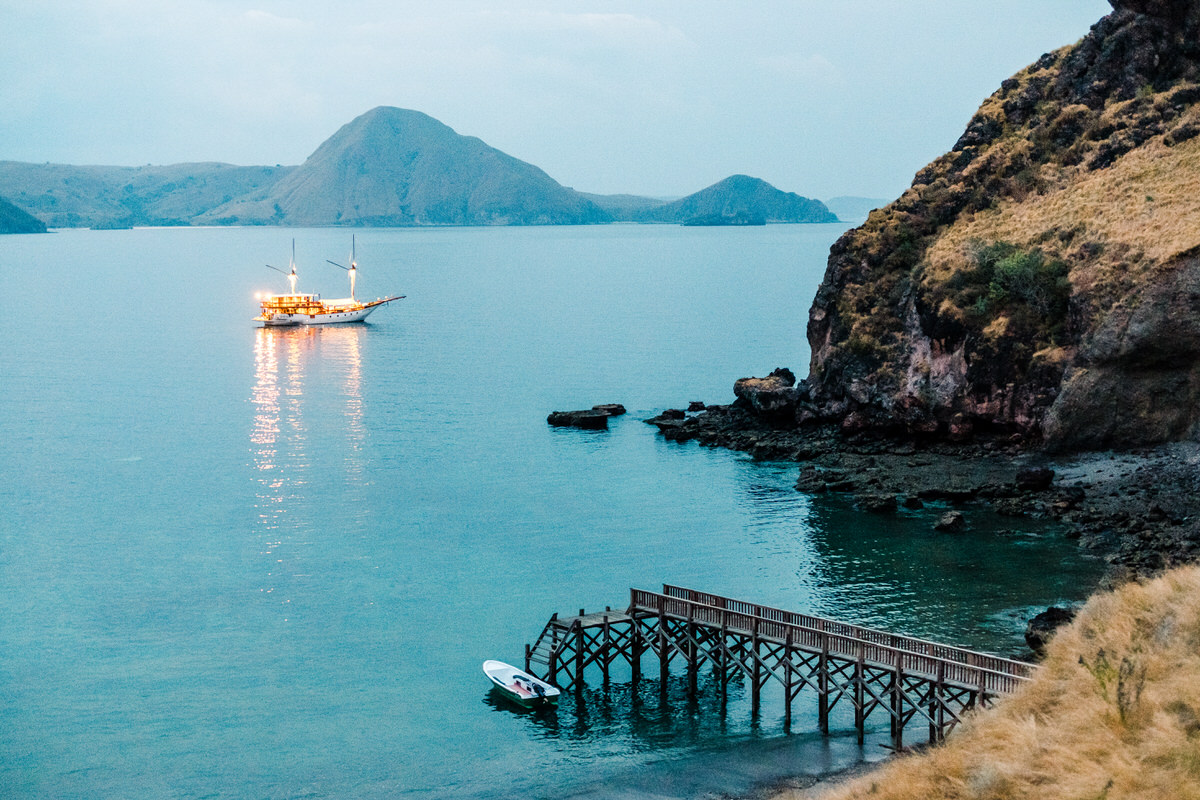 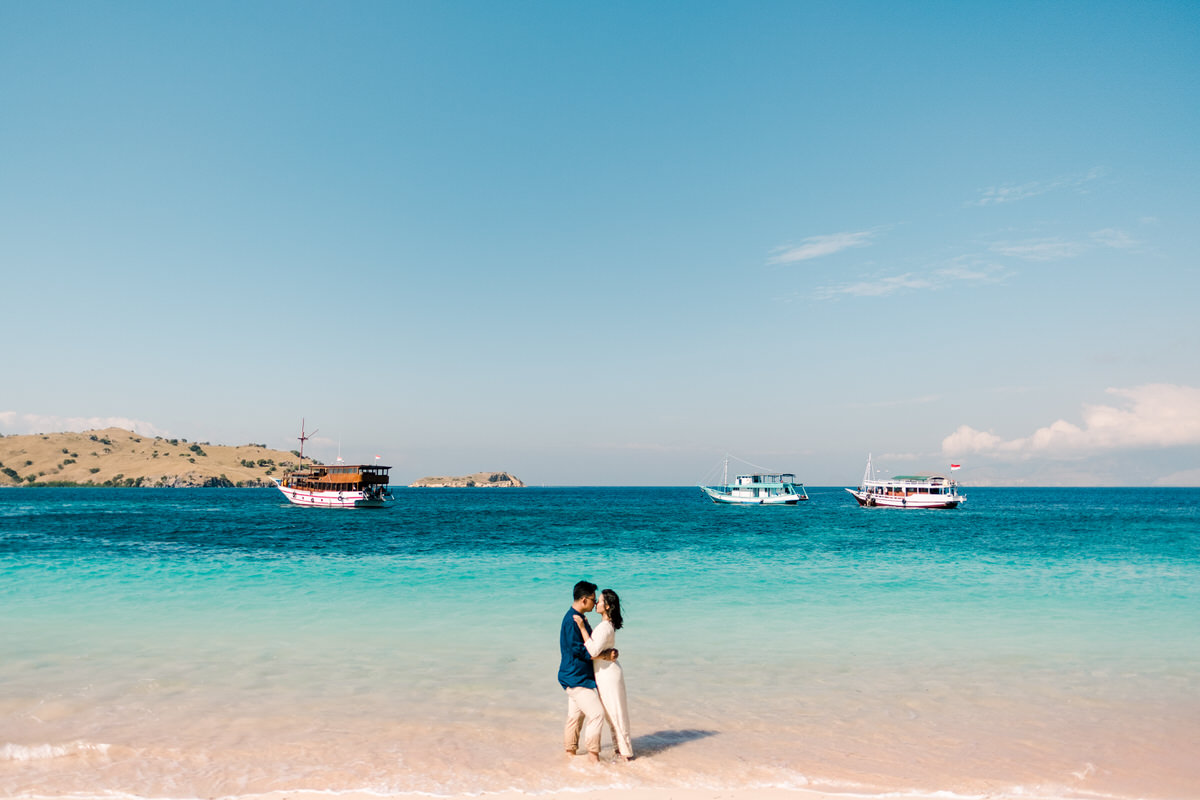