As lot of people really like the signature color tones of my work. I decided to create a Instagram Story effect to simulate Gusmank Photography Preset. So anyone can use it for fun on their own phones. The color tones of this presets are inspired by the well known analog film produced by Fujifilm & Kodak. I’ll Explain each one of them below.

Fujicolor Professional
My favourite film stock among the collection of Gusmank Photography Preset. This is the color tones that i use the most on my professional works. FUJIFILM’s Fujicolor Professional is a range high-speed daylight-balanced color negative film with a nominal sensitivity of ISO 400/27° when processed in C-41 chemistry. Featuring fourth layer color and Interlayer effect technologies, this film exhibits a soft contrast profile with faithful, yet vivid, color reproduction. It produces smooth and natural skin tones and has a broad exposure latitude, suited especially to wedding, portrait and fashion photography where accurate rendition of the subject is essential. Clearer colors in the highlights and appropriately controlled color saturation in the shadows to allow rendering of subjects with a feeling of three-dimensional realism. Additionally, Fine Sigma Technology yields an unobtrusive, fine grain structure that helps to maintain effective film speeds and produce smoother surface textures to benefit scanning and printing applications.

Kodak Professional Portra
Kodak’s Professional Portra series is a high-speed daylight-balanced color negative film offering a smooth and natural color palette that is balanced with vivid saturation and low contrast for accurate skin tones and consistent results. Utilizing the cinematic VISION Film technology, this film also exhibits a fine grain structure with very high sharpness and edge detail. A micro-structure optimized T-GRAIN emulsion makes it especially well-suited for scanning applications, and advanced development accelerators offer extended versatility when enlarging. This film has a nominal sensitivity of ISO 400/27° and is particularly well-suited to portrait and wedding photography, as well as nature, travel, and outdoor shooting with moving subjects, or when the lighting cannot be controlled. I love shooting this film for the scene that has lot of blues & warm color like sunset on the beach. 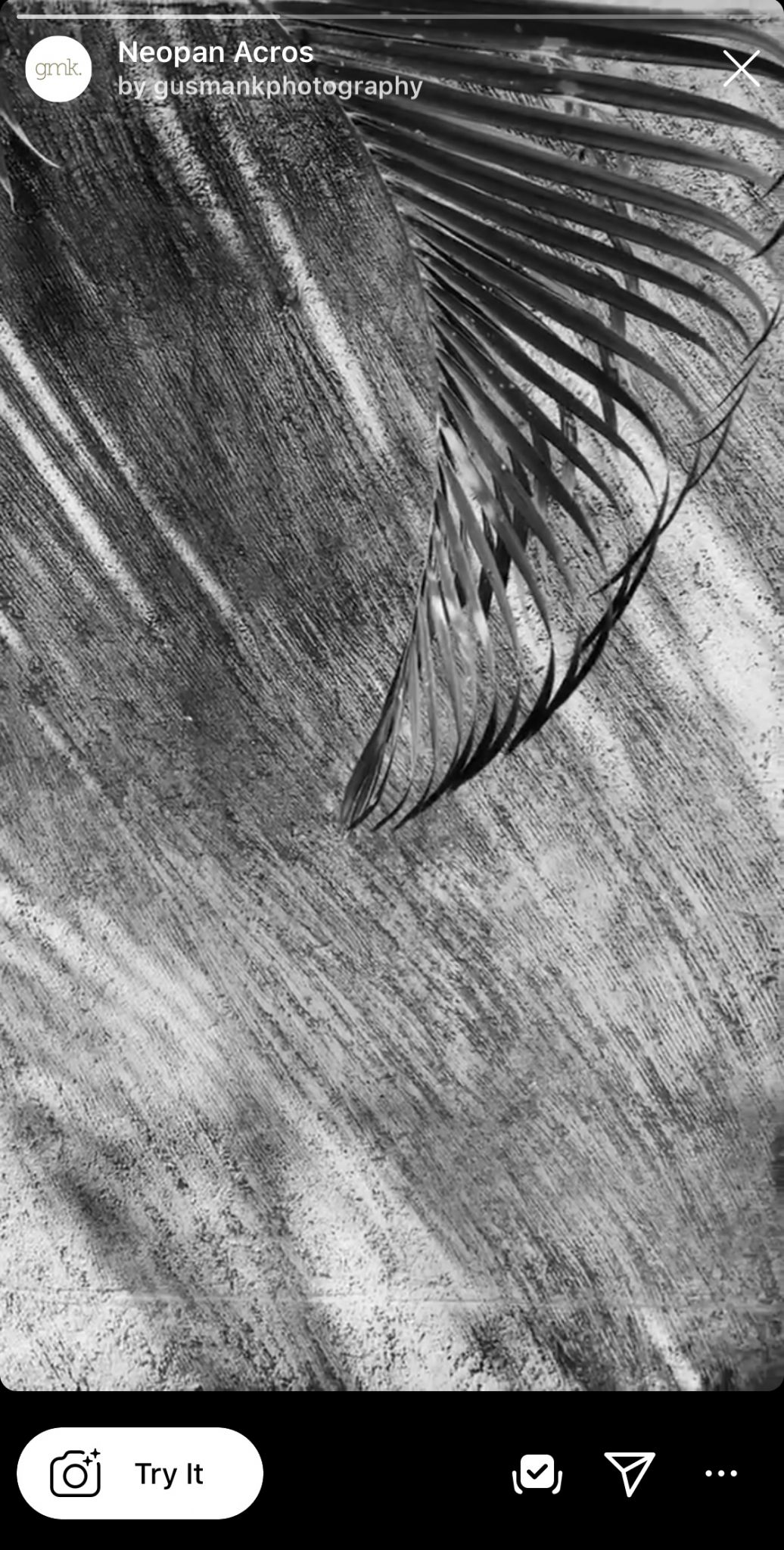 Fujifilm Neopan Acros
Neopan 100 Acros from FUJIFILM is an orthopanchromatic black and white negative film designed for general use in a wide variety of shooting conditions. It features a medium speed nominal sensitivity of ISO 100/21° when developed in standard black and white chemistry and exhibits a broad tonal range with a super fine grain structure and high sharpness. It also features excellent reciprocity characteristics, making it well-suited for long exposure use.